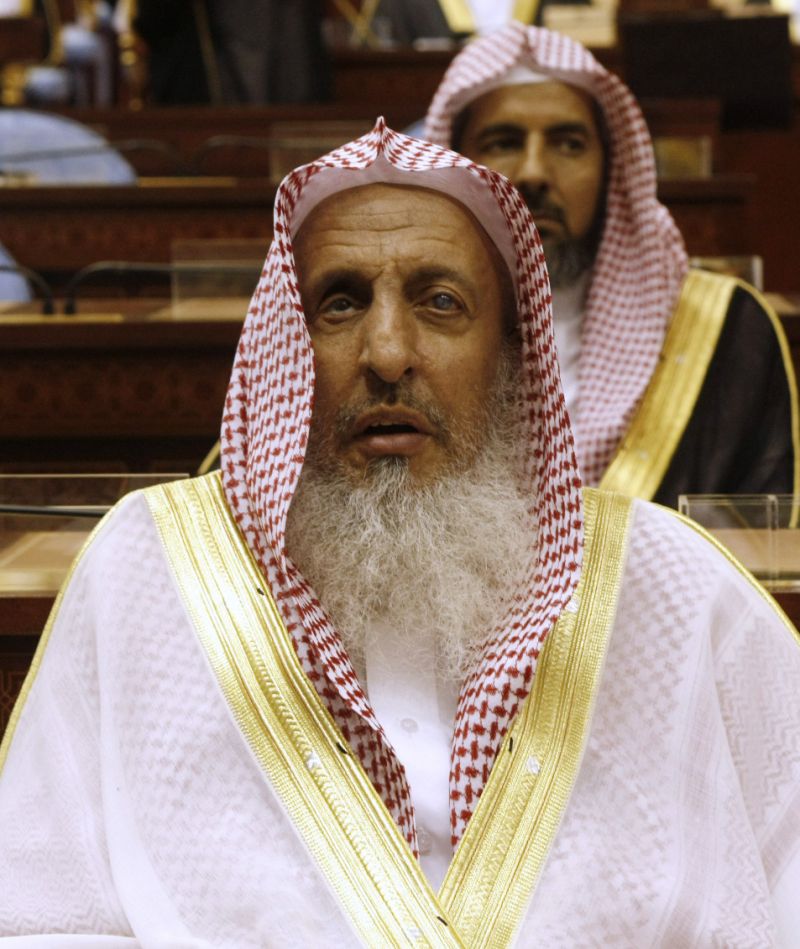 Saudi Arabia’s top cleric is revving up the kingdom’s rhetoric against Iran, saying in comments published on Tuesday that Tehran’s leaders are “not Muslims,” in response to rancorous remarks from Iran’s supreme leader.

Their confrontational comments mark a sharp escalation in the countries’ faceoff as their spat plays out across the region.

Khamenei, in remarks published on his website Monday, said the “heartless and murderous Saudis locked up the injured with the dead in containers — instead of providing medical treatment and helping them or at least quenching their thirst. They murdered them.”

Mostly Wahhabi Saudi Arabia and majority Shiite Iran back opposite sides of the wars in Syria and Yemen, and support opposing political groups in Iraq, Bahrain and Lebanon.

In comments to the Makkah newspaper, the top Saudi cleric was quoted as saying that Khamenei’s remarks are “not surprising” because Iranians are descendants of “Majuws”— a term that refers to Zoroastrians and those who worship fire. Zoroastrianism is a monotheistic religion predating Christianity and Islam and was the dominant religion in Persia before the Arab conquest.

“We must understand they are not Muslims, for they are the descendants of Majuws, and their enmity toward Muslims, especially the Sunnis, is very old,” the Saudi cleric said.

The September 2015 stampede and crush of pilgrims killed at least 2,426 people, according to an Associated Press count. Iran had the highest of death toll of any country, with 464 Iranian pilgrims killed.

Saudi authorities have not released any findings of their investigation into the hajj disaster. Preliminary statements suggested the crush was caused when at least two large crowds intersected.

Khamenei also blamed Saudi Arabia for an earlier crane collapse in Mecca that killed 111 people, and urged Muslims around the world to reconsider Saudi Arabia’s custodianship and management of Islam’s holiest sites in Mecca and Medina where the hajj is performed. He also said Saudi rulers promote sectarian strife and arm “wicked takfiri groups” — a reference to extremist Daesh militants who denounce other Muslims as heretics and non-believers.

Read more: Protesters attack the Saudi embassy in Tehran After Execution of Shiite Cleric
Negotiations between the two countries over hajj security measures also collapsed earlier this year, prompting Iran to declare it would not be sending any of its citizens to this year’s pilgrimage, which begins this weekend.