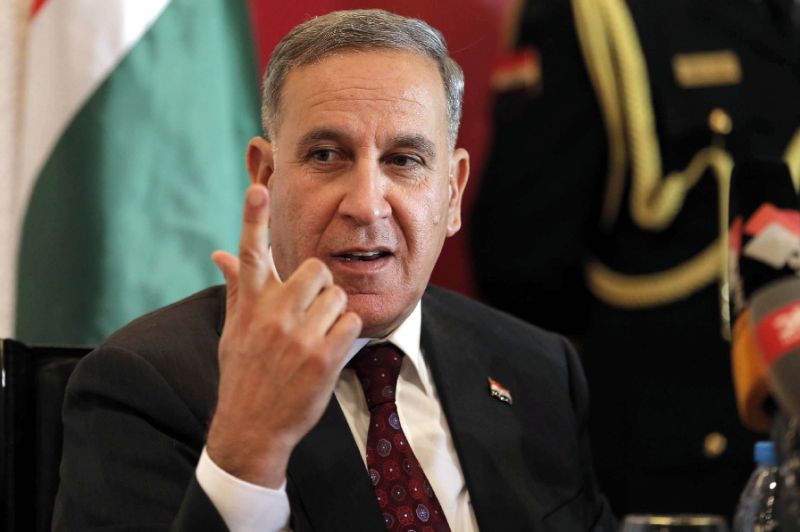 Iraq’s chief prosecutor has filed a complaint against officials including the parliament speaker who were accused of corruption by the defence minister, a judicial spokesman said on Wednesday.

Defence Minister Khalid al-Obeidi accused speaker Salim al-Juburi and several lawmakers of corruption while he was himself being questioned in parliament on Monday over graft allegations.

The head of Iraq’s public prosecution filed a complaint against “all those whose names were mentioned” by Obeidi during the questioning, spokesman Abdelsattar Bayraqdar said in a statement.

Juburi has meanwhile filed a suit against Obeidi for making “false accusations and misleading public opinion and slander and defamation and insulting sovereign state institutions,” his office said in a statement, adding that a “team of lawyers” is following the case.

The members of parliament accused by Obeidi included Alia Nasayif — who had brought the corruption allegations against the minister — as well as Hanan al-Fatlawi and Mohammed al-Karbouli.

Obeidi said he was being questioned in retribution for his rejection of graft, and accused Juburi and the MPs of seeking to blackmail him in order to pass corrupt contracts.

Juburi later held a news conference rejecting the allegations against him and the lawmakers.

Prime Minister Haider al-Abadi directed Iraq’s anti-corruption body to investigate the matter, and also ordered a temporary travel ban for all those whose names were mentioned during Obeidi’s questioning.

But Juburi rejected the bans, saying it was the exclusive prerogative of the judiciary to issue them.

Corruption is widespread in Iraq’s government, from senior officials to low-level functionaries, and while Iraqis have repeatedly demonstrated for change in the past year, little in the way of real reform has taken place.