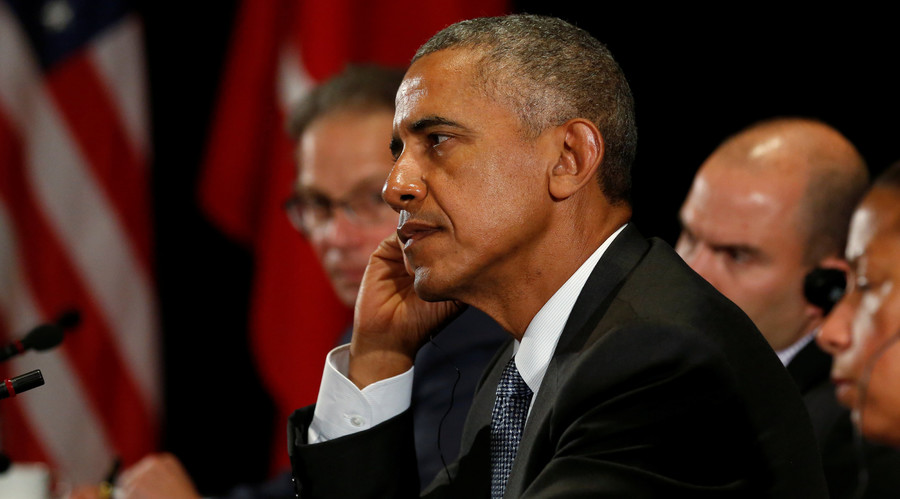 US President Barack Obama says Moscow and Washington are working on a Syrian ceasefire deal, but “are not there yet.” The comment follows weeks of attempts to strike an agreement.

“We have grave differences with the Russians in terms of both the parties we support, but also the process that is required to bring about peace in Syria,” Obama admitted, speaking at the G20 summit in Hangzhou.

“But if we do not get some buy-in from the Russians on reducing the violence and easing the humanitarian crisis, then it’s difficult to see how we get to the next phase,” he added.

When asked about the potential deal with following his meeting the UK Prime Minister Theresa May, Obama said, “We’re not there yet.”

Despite the apparent difficulties, the deal could be finalized on Sunday, though, a top US State Department official told Reuters.

The meetings between Russia and the US have been going on for weeks to attempt to strike a Syrian ceasefire deal.

Russia has been carrying out strikes on DAESH (IS, formerly ISIS/ISIL) positions in Syria, and is already sending humanitarian aid to the civilian population in Aleppo, amid the raging crisis and constant battles there.

On July 28, the Russian Center for Reconciliation in Syria, in cooperation with Damascus, agreed on several humanitarian corridors to supply aid to the population in the city.

About two weeks ago, Turkey commenced a ground operation in Syria, with the ongoing incursion backed by Syrian rebels and US airstrikes. The offensive is aimed at IS and the Kurdish YPG group alike.

Damascus condemned the Turkish step, calling it a “blatant violation of sovereignty.”

Following the intrusion, the Russian Foreign Ministry also said it was “deeply worried” about the events.

The Syrian civil war has left over 250,000 killed and some 11 million displaced, leading to a refugee crisis in Europe, as well as an escalation in terrorist activities all over the world.