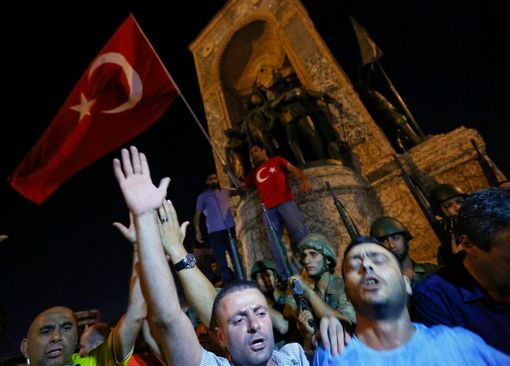 Military jets have been seen flying low over the city as major bridges in Istanbul have been closed.

An attempted coup is being staged in Turkey as the military claims it has seized control of the country.

In the last hour gunfire was reported in the Turkish capital Ankara as military jets were seen flying overhead.

At the same time it has been reported that Istanbul’s Bosphorus Bridge and Fatih Sultan Mehmet Bridge have been closed.

Prime Minister Binali Yildirim said those responsible for what he described as an attempted coup by a faction within the military would pay the highest price.

He says they would not be allowed to do anything to interrupt democracy.

A British journalist has been tweeting increasingly disturbing tweets from where she is holed-up in Ankara.

Liz Cookman had been updating her followers with events in the city as they unfolded.

Cookman is one of several witnesses to adress reports of bombs in Ankara.