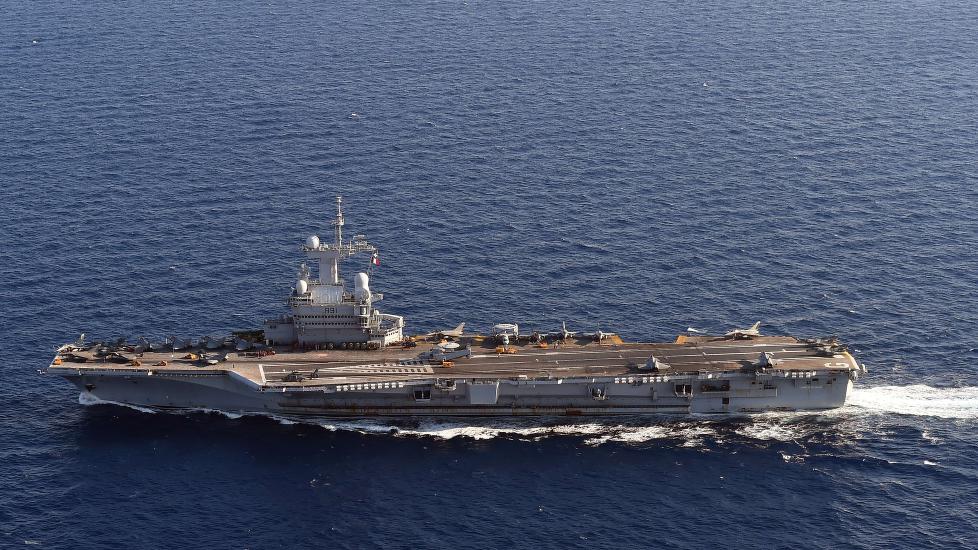 French jets from the Charles de Gaulle aircraft carrier struck Daesh targets in Iraq on Monday while Britain offered France the use of an air base in Cyprus to hit the militants behind the Paris attacks.

French President Francois Hollande met British Prime Minister David Cameron in Paris on Monday as part of efforts to rally support for the fight against Daesh and Hollande is also due to visit Washington and Moscow this week.

Cameron offered air-to-air refueling services and said he was convinced Britain should carry out air strikes alongside France and would be recommending that Britain’s parliament vote through such measures.

France has intensified its bombings in Syria since the Nov. 13 attacks in Paris claimed by Daesh that killed 130 people. The group is also being targeted from the air by Russia.

French jets taking off from the country’s flagship in the eastern Mediterranean destroyed targets in Ramadi and Mosul in Iraq on Monday in support of Iraqi forces on the ground, the French armed forces said in a statement.

The arrival of the Charles de Gaulle aircraft carrier in the area following the Paris attacks has tripled the French air force’s firepower by boosting the number of planes targeting Daesh to 38.