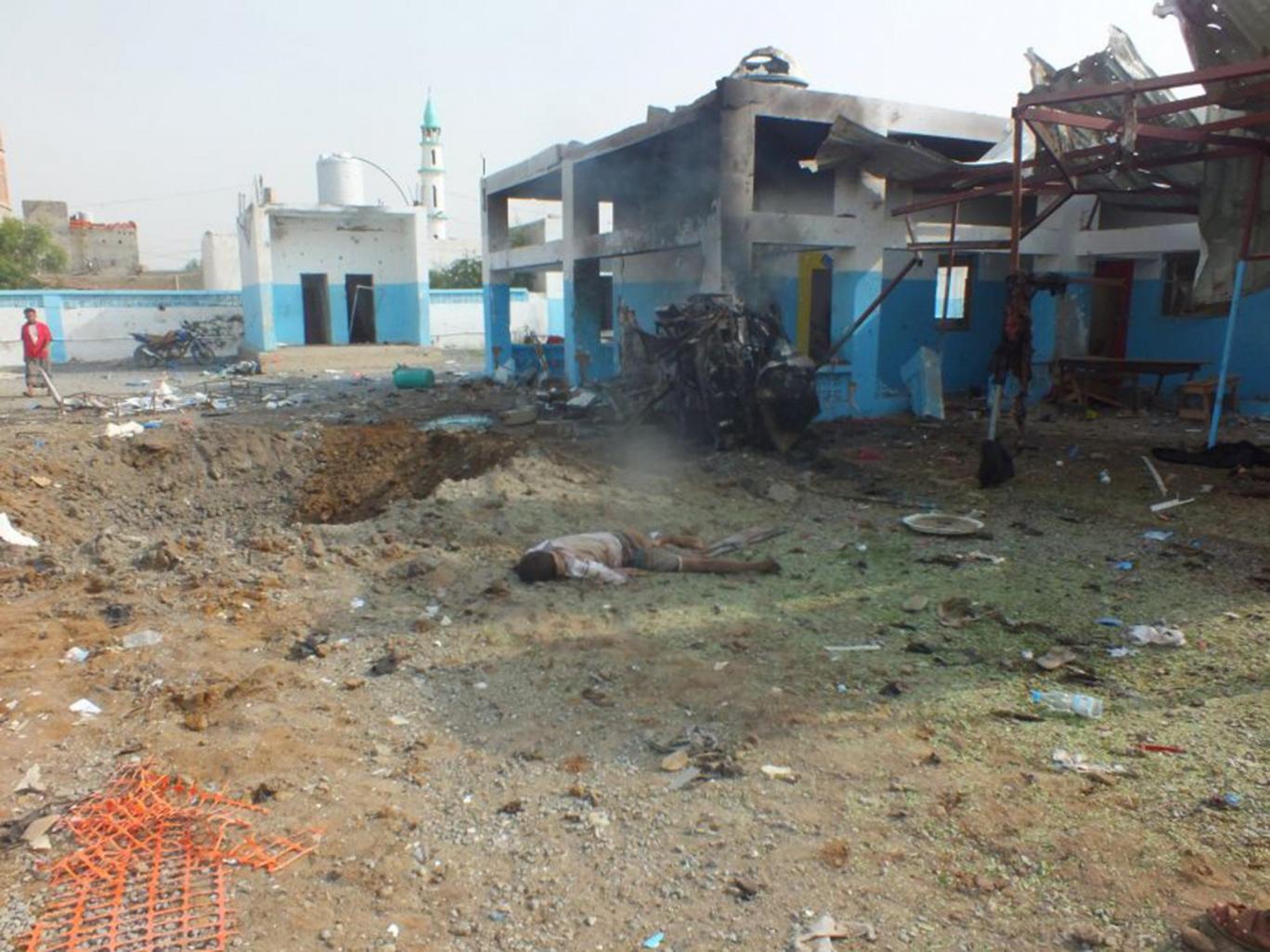 A hospital supported by Doctors Without Borders (MSF) has been hit by airstrikes in Yemen, the medical charity confirmed on Monday.

The hospital in the Abs district of the northwestern Hajjah province was hit at 3.45pm local time (12:45 GMT), the Paris-based NGO said in a Twitter post, adding that the number of casualties is still unknown.

“Yes, we confirm the news. A hospital that is run by MSF was hit by a couple of airstrikes today at 3.45pm local time. Right now we don’t have more information. Medical staff are attending the wounded,” MSF spokesperson Malak Shaher told reporters.

According to Yemeni officials cited by AP, at least 20 people have been killed and injured in the strike that hit the hospital.

Reuters reports, citing sources, that at least seven people have been killed and 13 more have been injured.

MSF says it has supported the hospital since July 2015, adding that 4,611 patients have been treated at the facility.

The incident comes less than two days after MSF accused the Saudi-led coalition of killing 10 children and injuring 28 more in a strike that hit a school in the Houthi rebel stronghold of Saada in northern Yemen.

The coalition denied targeting the school and claimed it hit a rebel camp where underage fighters were trained, AFP reports.

The Saudi-led coalition launched its air campaign in Yemen in March of 2015 at request of Yemeni President Abd Rabbuh Mansur Hadi’s government, which was engaged in a civil war against a Shia Houthi movement that had driven it from the capital. The rebels recognize Abdullah Saleh, who was ousted earlier, as Yemen’s legitimate president.

The coalition has been repeatedly accused of hitting civilian targets. According to a recent UN report, Saudi-led coalition airstrikes were responsible for over 60 percent of 785 child casualties in Yemen in 2015.

The deadliest attack occurred in September of 2015, when 131 people were killed in an airstrike on a wedding in the village of Al-Wahijah. Locals blamed the assault on Saudi Arabia, though Riyadh strongly denied the claim.

In another attack that took place in April of 2015, Saudi airstrikes killed 119 people in a crowded marketplace in the village of Mastaba.

At least 10 children have been killed and about 30 injured in an air strike on a school in the stronghold of Yemen’s Houthi rebels last night, according to a medical aid group. Doctors Without Borders said the victims were aged between eight and 15

Doctors Without Borders (MSF) said on Saturday that the victims were aged between eight and 15 and attended a school in Haydan, a region in Yemen’s northwestern Saada province.

The Houthi-run Al Masirah TV broadcast what it said was the aftermath of the attack.

Saudi Arabia went to war against Houthi tribe in Yemen in March 2015, after the Houthi tribe had taken control of the capital Sana and driven president Abd Rabbuh Mansour Hadi in exile.

United Arab Emirates and several other Gulf nations joined the Saudi-led coalition are accused of killing thousands of civilians, including hundreds of children in Yemen. More than 9,400 people have been killed and at least 16,000 others injured since the start of the aggression war against Yemen.