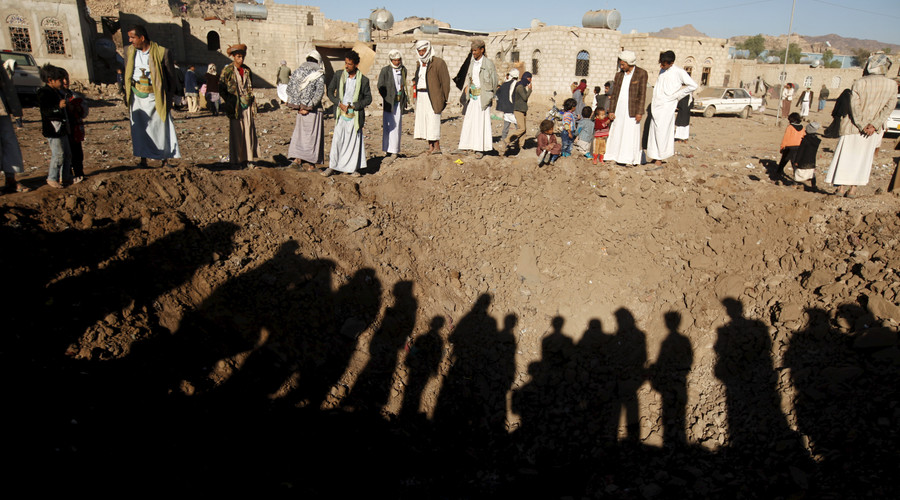 UK military experts are “in control rooms” of the Saudi coalition bombing Houthi rebels in Yemen, a campaign that has killed thousands of people including civilians, British media has learnt. The MoD insists that Brits are not choosing airstrike targets.

Saudi Foreign Minister Adel Jubeir has confirmed that British officers are present in operational rooms of Saudi-led coalition and are training the anti-Houthi forces to conduct air warfare in Yemen, The Telegraph reports.

“We asked a number of allied countries to come and be part of the control center,” Adel al-Jubeir told journalists. “I know they are aware of the target lists.”

This information has already found confirmation from the UK’s Ministry of Defense, which specifically stressed that British military are not directly involved in choosing targets or programming precision weapons for the Saudis, yet confirmed British experts are training the Saudi Air Force, together with other Gulf allies such as the United Arab Emirates, in handling the smart weapons.

“We support Saudi forces through longstanding, pre-existing arrangements,” an MoD spokesman was cited as saying by The Telegraph, adding that the training is necessary to ensure “best practice” and compliance with international humanitarian law.

The Saudi-led air force consisting of warplanes of the Arab states and monarchies of the Persian Gulf are waging war against Iran-backed Shia Muslim Houthi rebels in Yemen, where the internationally recognized government of President Ali Abdullah Saleh was ousted in 2014.

Beginning bombing Yemen in March 2015, the Saudi-led coalition has been repeatedly accused of inflicting airstrikes on civilian installations in Yemen. More than 5,800 people have been killed in the country since March, about half of them civilians, according to the UN, as cited by AFP. Human rights groups estimate the number of civilian casualties in the Yemen conflict of over 3,000 victims.

Last Sunday, at least five people were killed when a missile fired from unidentified fighter jet hit Shiara Hospital in Razeh in the north of Yemen, where NGO Medecins Sans Frontieres (MSF) had been operating since November 2015.

Just a day later a Saudi-led coalition’s airstrike was said to hit another hospital in the Swadi district of Yemen’s southern Bayda province, according to Saba news agency.

In October, Raquel Ayora, MSF’s Director of Operations, reported that a Saudi-led coalition’s airstrike hit a Yemeni hospital with patients and staff inside. Laurent Sury, MSF’s emergency coordinator said the medical facility was targeted six times by airstrikes, even though coalition forces had coordinates of the hospital. The hospital was completely destroyed, and several people were injured.