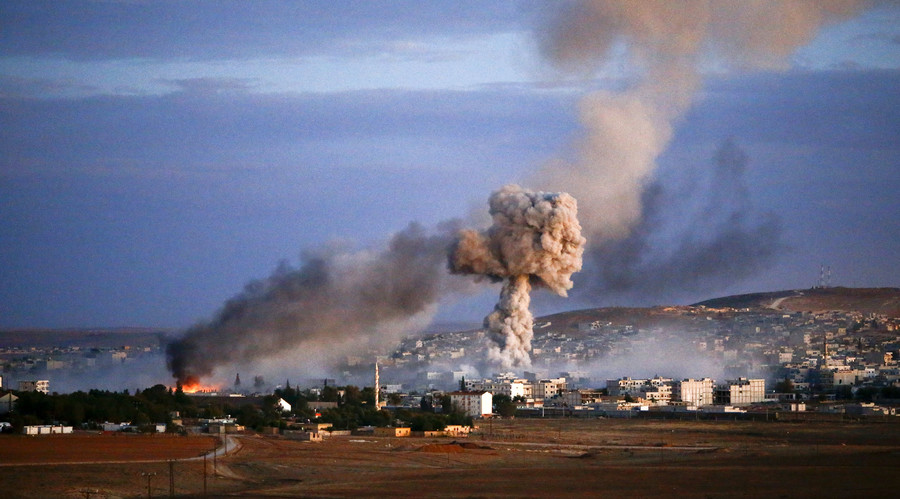 Over 20 Iraqi soldiers have been killed and 30 injured in an airstrike carried out by the US military, Hakim al-Zamili, head of the Iraqi Parliament’s Security and Defense Committee, told Sputnik news agency.

“The 55th brigade [of the Iraqi Army] was hit by the US aviation. More than 20 soldiers were killed and over 30 servicemen were wounded as a result of the airstrike,” Zamili told Sputnik.

Initially, Sputnik reported over 30 deaths in the incident.

The incident occurred near the town of Al-Naimiya in the Fallujah province after the Iraqi troops had freed “a strategically important area” from Daesh militants, he added.

According to the official, who visited the site of the attack and personally talked to commanders and soldiers of the 55th brigade, the death toll may well rise, as many Iraqi soldiers were heavily injured.

“The Americans carry out airstrikes with 100% precision… How could have they mistaken by kilometers?” he wondered.

Zamili said “it’s very dangerous” that the Iraqi forces are being hit by airstrikes and that the country “won’t allow it” to happen again.

The MP called upon the Iraqi Prime Minister, Haider Al-Abadi, to carry out an immediate investigation into the airstrike.

According to the official, Iraq is going to go to court over the incident as “this crime mustn’t go unpunished.”

However, the Iraqi Army’s Command Centre in Baghdad, the capital, said the air the strike had caused fewer casualties and happened due to miscommunication and bad weather.

“We [Iraqi Forces Command] had demanded aerial support from the international coalition air force. The airstrike was launched without an update on the advance of the Iraqi forces and the coalition forces were unable to distinguish between the fighters on the ground due to bad weather,” it said.

According to the Iraqi military, one Iraqi army commander was killed and nine servicemen were injured in the airstrike.