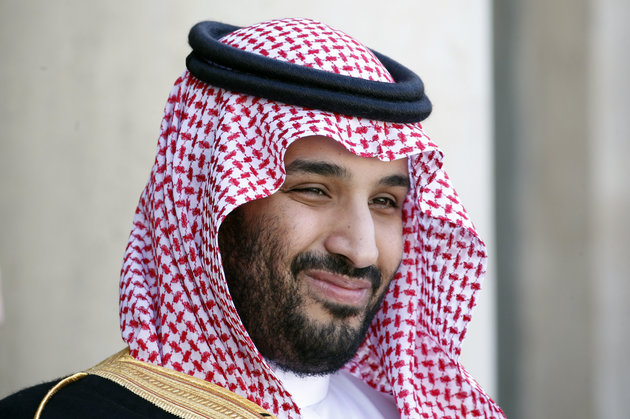 “We have developed a case of oil addiction in Saudi Arabia,” he told reporters, after officially unveiling a plan whose key parts had already been carefully released.

But that is coming to an end, Prince Mohammed said.

It sounds impossible because it is. There is no way the Saudi economy can be reformed to be able to live without oil in just four years. With oil prices at historic lows and looking like they will stay there for a long time, they may wish they could live without oil in a few years.

But the only way to achieve Prince Mohammed’s admirable and ambitious goal is to do bit of entry-level balance sheet gymnastics.

In short, we don’t buy into Mohammed bin Salman’s assertion that Saudi Arabia will no longer by dependent on oil by 2020.

The Gulf kingdom owns all of Aramco oil company. It intends to sell shares of the company to outside investors and list it on the Saudi stock exchange. But the government plans to sell only 5 percent of Aramco to outside investors and retain ownership of 95 percent of the company. It will transfer that huge stake into a sovereign wealth fund, where it will be classified as an investment.

And that’s it, though there is more to it in the long term. But the only way to meet Prince Mohammed’s 2020 timeline is to use some very basic category shifts. As the prince said, once Aramco is a public company and the Saudi’s shares are in a sovereign wealth fund, “technically, on paper, your income will be provided by investment. The remaining issue is how you diversify your investments.”

“There is less to this than meets the eye,” Jason Tuvey, Middle East economist at Capital Economics wrote in a note to clients. “It reflects a shift of balance sheets rather than any new assets and doesn’t in itself reduce the government’s dependence on oil revenues. In short, we don’t buy into Mohammed bin Salman’s assertion that Saudi Arabia will no longer by dependent on oil by 2020.”

Longer-term, the Saudi’s will keep selling Aramco shares and invest in other companies, slowly but steadily turning their kingdom from a family-owned oil company into a family-owned investment firm that owns an oil company. But that has to be a very deliberate and incremental process.

You just can’t sell trillions of dollars in a single company’s shares at once, and you can’t reform an oil-addicted economy by just moving around stock certificates.