Major General Qassem Soleimani, the commander of the Iranian Islamic Revolutionary Guards Corps (IRGC) Quds Force has warns there could be armed resistance in Bahrain after the dictatorial Bahraini regime top Shia cleric was stripped of his citizenship.

General Qassem Soleimani said Bahrain’s action against Sheikh Isa Qassim is “redline and could set the region on fire”.

“The al-Khalifa [rulers of Bahrain] surely know their aggression against Sheikh Isa Qassim is a red line and that crossing it would set Bahrain and the whole region on fire, and it would leave no choice for people but to resort to armed resistance,” Gen Soleimani said in a statement released by Fars news agency.

The cleric, who holds the religious rank of ayatollah, has backed protests led by the majority Shia community for greater civil and political rights.

The US state department said it was “alarmed” at the move, adding that it was “unaware of any credible evidence” to support the removal of citizenship, said John Kirby, a spokesman for the department.

Growing international concern about the situation was highlighted last week when the UN high commissioner for human rights warned that repression “will not eliminate people’s grievances”. The criticism was flatly rejected by the dictatorial Bahraini regime. 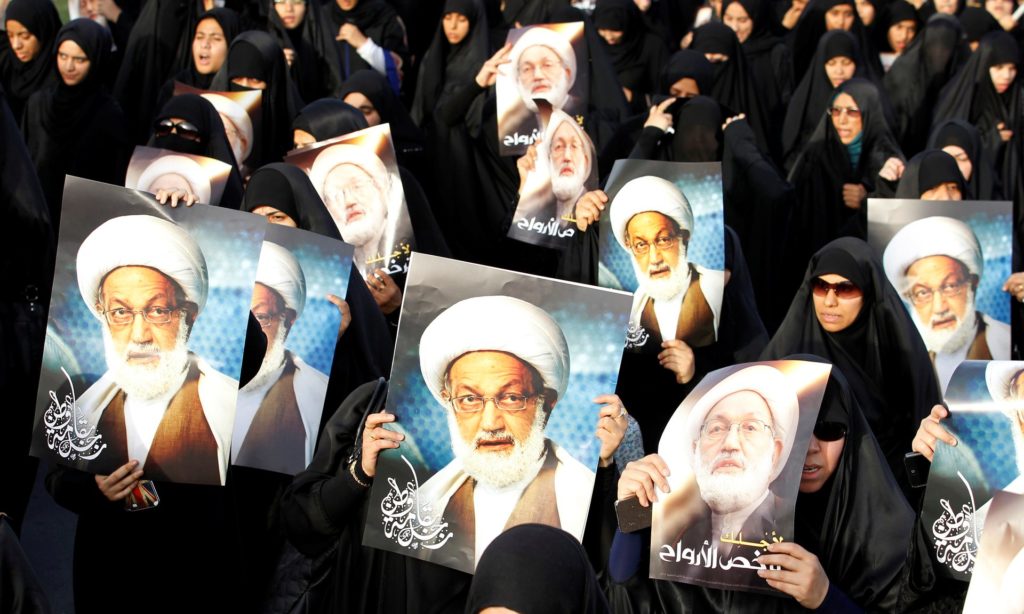 The Bahrain Institute for Rights and Democracy (Bird), an exiled opposition group, warned that the move against Qassim would stoke unrest. “We are deeply concerned that these actions will escalate tensions on the streets and may even lead to violence, as targeting the country’s leading Shia cleric is considered … a red line for many Bahrainis,” said its director of advocacy, Sayed Ahmed Alwadaei.

The development against cleric Sheikh Isa Qassim comes less than a week after a court banned the country’s main opposition group, Wefaq National Islamic Society, closing its offices and ordering its assets to be frozen.

Wefaq’s political leader, Shia cleric Sheikh Ali Salman, is in prison and recently had his jail term increased to nine years, after being convicted in 2015.

A US diplomatic cable published by Wikileaks described Sheikh Isa Qassim as Wefaq’s spiritual leader. He is also regarded as the spiritual leader of Bahrain’s wider Shia community.