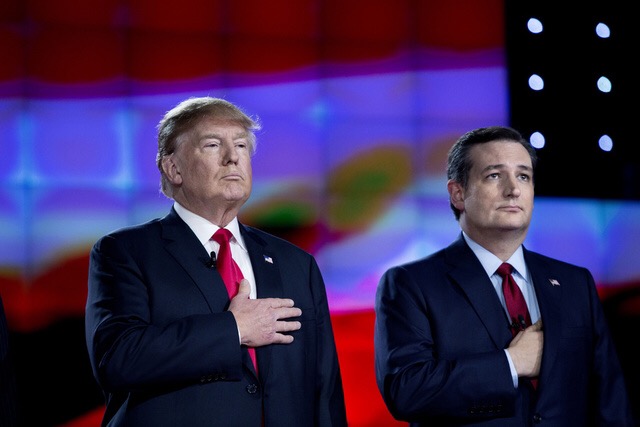 Republican front-runner Donald Trump scored an important victory over rival Ted Cruz in Indiana on Tuesday, a win that moves him close to being unstoppable in his march to the party’s presidential nomination.

The New York billionaire was quickly projected to be the winner by television networks shortly after polling places closed in the Midwestern state. Trump was on track to take well over 50 percent of the vote, eclipsing Cruz, a U.S. senator from Texas. Ohio Governor John Kasich was running a distant third.

Cruz had been counting on a win in Tuesday’s primary to slow the New York businessman’s progress toward the nomination. But Trump rode momentum from wins in five Northeastern states a week ago into a big lead in Indiana over Cruz, whose brand of Christian conservatism had been expected to have wide appeal in the state.

“Lyin’ Ted Cruz consistently said that he will, and must, win Indiana. If he doesn’t he should drop out of the race-stop wasting time & money,” Trump tweeted ahead of a victory speech he was to deliver at Trump Tower in New York.