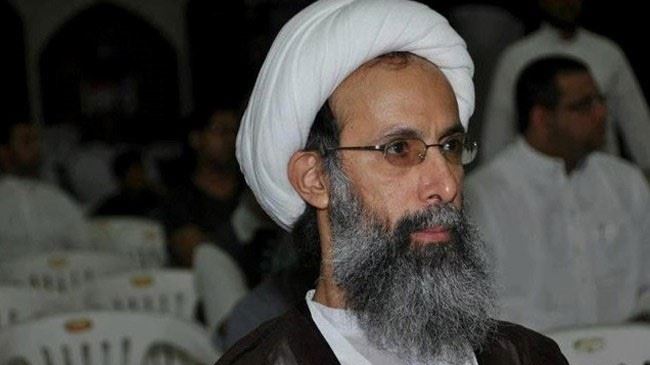 Riyadh’s execution of Nimr al-Nimr sparked widespread protests across Shiite-majority countries in the Middle East, with a mob attacking the Saudi embassy in Tehran and a consulate in the second city Mashhad.

Bahrain ordered Iranian diplomats to leave its kingdom within 48 hours.

Saudi Foreign Minister Adel al-Jubeir announced Sunday that the kingdom was severing diplomatic ties with Iran after demonstrators stormed its embassy in Tehran in protest of Riyadh’s execution of a Shiite cleric, Sheikh Nimr al-Nimr.

The supreme leader of Iran, Ayatollah Ali Khamenei, warned on Saturday that Saudi Arabia would face divine vengeance for the execution of al-Nimr, who was put to death in a mass execution of 47 men accused of terrorism-related offenses.

Al-Nimr, a Shiite cleric from eastern Saudi Arabia, often criticized the Saudi royal family and called for Shiite empowerment. It’s been some time coming: The two countries are on opposite sides of the civil war in Yemen, where the Saudis support extremist groups and the Iranians the government and Houthi rebels; and in Syria, where Riyadh supports extremist groups and Iran the government of President Bashar al-Assad.

The Arab League said it would hold emergency talks at the request of Saudi Arabia. No Saudi diplomats were in the embassy.

On Monday, Saudi ally Bahrain said it would also cut ties with Iran, while the United Arab Emirates said it would reduce the number of Iranian diplomats allowed in the country. “We decided it will be better for us to cut diplomatic relations,”, the diplomat added.

“Saudi Arabia sees not only its interests but also its existence in pursuing crises and confrontations and attempts to resolve its internal problems by exporting them to the outside“, said ministry spokesperson Hossein Jaber Ansari.

He also commented on the NY meeting on Syria and hoped Saudi Arabia will not find a chance to pursue its intensions to aggravate tension over the case.

The Saudi embassy was torched in an attack January 2. That’s where the family of Sheikh Nimr al-Nimr is holding three days of mourning at a local mosque.