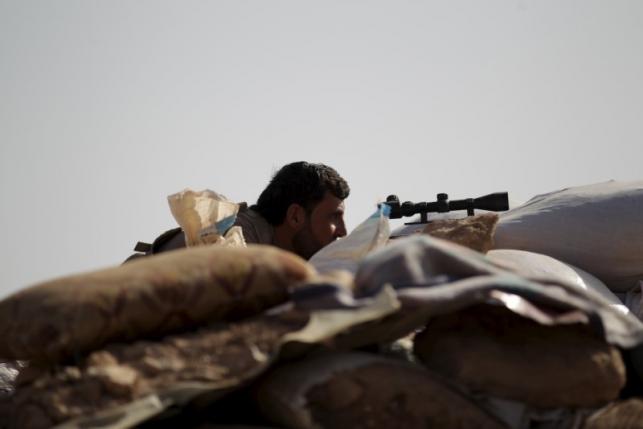 Syrian troops and their allies, backed by Russian jets, attacked terrorist-held towns north of the city of Homs on Thursday, targeting a long-held and strategic enclave of opposition to President Bashar al-Assad.

The offensive that began before dawn expands on over a week of ground attacks launched with Russian air support in areas of western Syria that are crucial to Assad’s survival and held by terrorist groups.

Syrian state television, quoting a military source, said the army had begun a military operation in the area after heavy air strikes and artillery barrages early on Thursday.

A few miles further north, there were heavy air strikes around the town of Talbiseh and other villages in the area, the Observatory said, as well as fierce clashes on the southern edges of the town and nearby villages.

The army operations include a campaign to recapture terrorist-held land in Hama, Idlib and Latakia provinces in the northwest. Regional officials have also said the army, backed by Iranian reinforcements, is preparing for a ground operation around Aleppo city, close to the Turkish border.

Recapturing the area north of Homs would help reassert Assad’s control over the main population centers of western Syria and secure territory linking Damascus to the coastal heartland.

The military source quoted by state television said the army and its allies had taken control of the villages of Khalidiya and Dar Kabira, between Homs and Teir Malla.

The Observatory said the army had advanced in Khalidiya, but there was still heavy fighting there.

The source, quoted by state television, said the army had begun a military operation in the north Homs countryside after “concentrated air strikes and heavy preparatory artillery shelling on the terrorist groupings and their bases”.