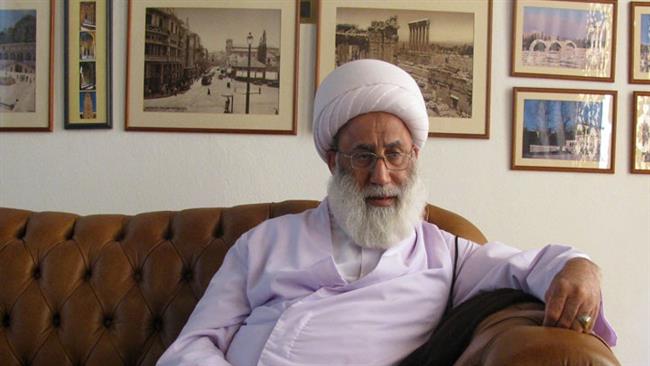 Saudi regime’s security forces have arrested a prominent Shia cleric over his anti-regime comments as Riyadh continues its terror on the minority sect.

The detention came after the senior cleric wrote an article in which he criticized the House of Saud for jailing and executing critics and dissidents, including Sheik Nimr Baqir al-Nimr who was beheaded in January.

Al-Radi had also infuriated the monarchy by denouncing the ongoing deadly Saudi airstrikes which have claimed lives of more than 8,000 civilians in Yemen

Riyadh has been under fire from international organizations and rights groups over the rising number of civilian casualties in Yemen. The United Nations Human Rights Council (UNHRC) has recently said that Saudi Arabia and its allies may be committing crimes against humanity due to their indiscriminate killing of civilians in Yemen.

The senior cleric had also strongly denounced a decision by the Saudi-led [Persian] Gulf Cooperation Council to brand Lebanon’s resistance movement Hezbollah as a terrorist organization.

Saudi Arabia has been denounced by rights groups for its grave human rights abuses and harsh crackdown on all forms of dissent.

The Shia-dominated Eastern Province has been the scene of peaceful demonstrations since February 2011.

Protesters have been demanding reforms, freedom of expression and the release of political prisoners. They want an end to economic and religious discrimination against the region.

Reports on protests in Qatif are scant, as Saudi authorities allow foreign news media to visit the region only if accompanied by government officials, claiming it is to ensure journalists’ safety.

Shia Muslims have long complained of entrenched discrimination in a country where the semi-official Wahhabi school condones violence against them.

They face abuse from Wahhabi clerics, rarely get permits for places of worship and seldom get senior public sector jobs. Shia religious centers have also been target of a series of terror attacks across the region over the past few months.

Those basic complaints have over the years been aggravated by what residents across the Shia-majority call a heavy-handed security measures against their community.

They accuse the authorities of unfair detentions and punishments, shooting unarmed protesters and torturing suspects.