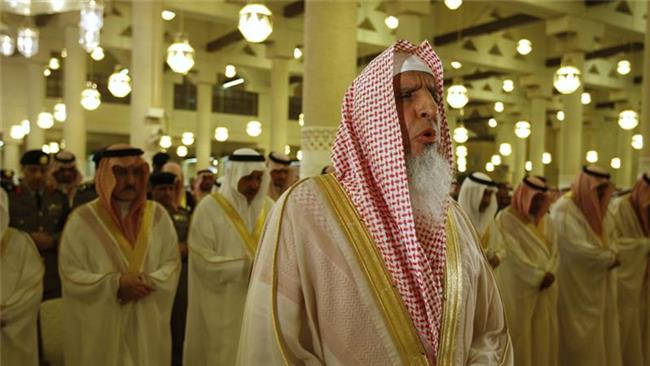 Saudi Arabia’s most influential religious and legal authority has asked followers as well as businesses to make financial donations to the kingdom’s ongoing war on Yemen.

Grand Mufti Sheikh Abdul Aziz Al ash-Sheikh has urged adherents to raise money for troops stationed in the southwestern border regions of Najran, Asir and Jizan, characterizing their campaign as “a holy task.”

The grand mufti is known for issuing highly controversial fatwas. In June, ash-Sheikh exempted all troops waging the war on Yemen from observing the religious obligation of fasting during Ramadan.

Fatwas issued by Saudi religious authorities are based on Wahhabism which sharply contradicts the essence of Islam. A main feature of the Wahhabi ideology is Takfirism which is practiced by violent radical groups such as Daesh.

Some of the Wahhabi fatwas include allowing men to divorce their wives by only texting them, banning fathers and daughters from staying at the house at the same time, ruling that female sheep be buried alive, and forbidding seat belts under the pretext that they get in the way of fate.

Yemen has been under Saudi attacks almost on a daily basis since March 2015. The onslaught has killed thousands of civilians and destroyed Yemen’s civilian infrastructure, including hospitals, schools, and factories.

Yemeni forces and allied fighters from Popular Committees also fired a barrage of rockets at a position of Saudi-backed militias in Khabb ash-Sha’af district of the al-Jawf province, with no immediate reports of casualties.

The attacks came a day after Yemeni snipers fatally shot a Saudi border guards at the Jalah military camp in Jizan.

Yemeni forces also destroyed an M1 Abrams battle tank and a Bradley military vehicle at the Ramih military camp in the region on Wednesday.

The Saudi war was launched in a bid to undermine the Houthi Ansarullah movement and to reinstate former president Abd Rabbuh Mansur Hadi to power.

Read more: 9 reasons why it’s been a brutal week for Saudi Arabia