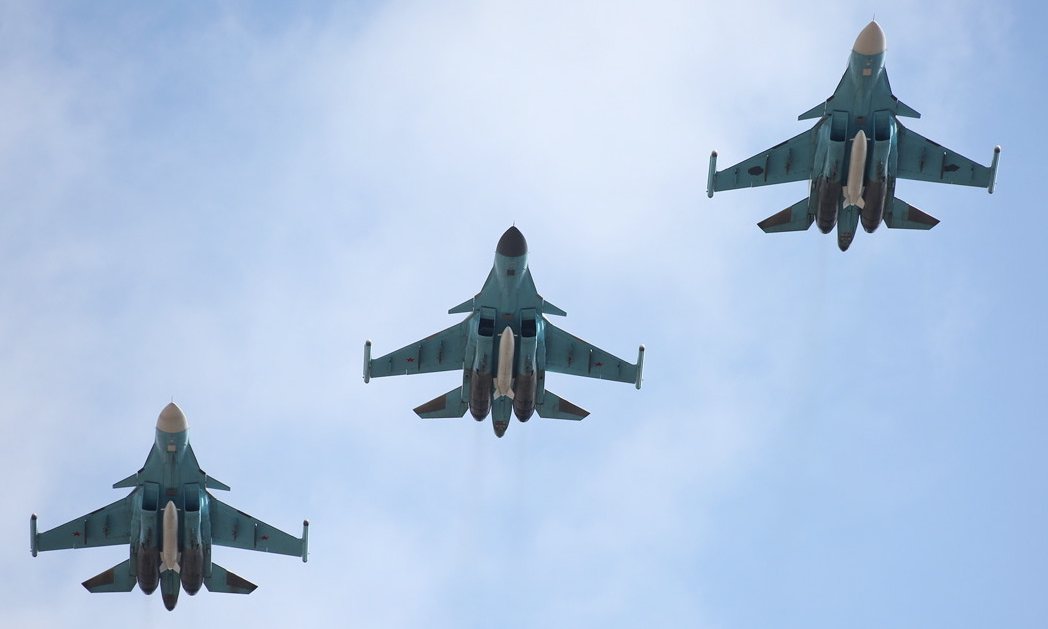 Airstrikes carried out against DAESH from base near Hamadan is a major step in collaboration between the two Assad allies.

Russian jets have carried out airstrikes against DAESH in Syria from an airbase in Iran for the first time – a major development in the collaboration between the two crucial allies of Bashar al-Assad’s regime.

Russian state media cited the country’s defence ministry on Tuesday as saying that an unspecified number of long-range bombers, including Su-34 and Tu-22M3 warplanes, have taken off from near Hamadan, a city in the west of Iran, to target DAESH near Aleppo.

Hosting Russian jets on Iranian territory is a departure for Tehran from its hitherto history of covert operations in regional conflicts. It is believed to be the first time Russian warplanes have been deployed in Iran in at least half a century.

Al-Masdar, a news website which covers the conflicts in the Arab world, published a string of photos of Russian warplanes in the Hamadan airbase, saying it would shorten the flight time to Syrian targets by 60%.

“The distance of these flights [from the Russian airbase] equal roughly 2,150km (1,340 miles) to reach a target near Palmyra. In comparison, the Hamadan airbase in Iran is roughly 900km from Palmyra,” al-Masdar said. It added that the Khmeimim airbase in Latakia, Syria, was not suitable for the deployment of large bombers such as the TU-22M3.

The chief of Iran’s supreme national security council, Ali Shamkhani, confirmed the Russian reports. “Tehran and Moscow have strategic cooperation in the fight against terrorism in Syria and we have the capacity and the capabilities for this collaboration,” he said on Tuesday, according to the state-run Irna news agency.

Shamkhani condemned Saudi Arabia’s involvement in Syria and also in Yemen, where the Saudi-led coalition is countering the advances of the Houthi rebels. “It is not acceptable for the Muslim world to see Saudi Arabia investing towards the empowerment of terrorist and Takfiri groups [Iranian terminology for extremist jihadis sympathetic to Isis] instead of fighting the occupation by the Zionist regime [Israel].”

Iran has invested heavily in protecting Assad, dispatching some of its most experienced Revolutionary Guards commanders to Syria to plan and oversee operations and recruiting Afghan refugees to fight against Syrian rebel forces. A rising number of funerals held in Iran for those killed in Syria, often referred to as “defenders of holy sites”, is testament to that.

The state-run Russia Today said: “The long-range bombers with full bomb payload took off from Hamadan airfield to attack DAESH and al-Nusra Front facilities in Aleppo, Deir ez-Zor and Idlib provinces,” it said.

Shashank Joshi, a senior research fellow at Royal United Services Institute in London, said Tuesday’s news was unprecedented because it was the first time in 70 years that there had been overt Russian military presence in Iran. The Iran-Azerbaijan crisis in 1946 was the last time Russian troops would have been present on Iranian soil.

“The willingness to host foreign forces on your oil soil is a big diplomatic and political step,” he told the reporters. “Just like other countries including India, Iranians have always had a historical aversion to any foreign deployment on their soil.”

Joshi said the move revealed more about Iran than Russia: “Russia has no problem deploying forces outside its borders, but for Iran it’s a bit different. It cuts against the traditional way that Iran has thought about hosting military forces and forming alliances.”

Rebel successes in Aleppo in the past two weeks may have changed Iranian calculation and prompted Tehran and Moscow to escalate military operations to signal their commitment to Assad, he said.

In Iraq, Iran and the west appear to be fighting a common enemy – DAESH – with the US secretary of state, John Kerry, having described the Iranian role there as “helpful”; but the two are in opposing fronts in Syria.

Iran also says it is fighting Isis to prevent its advance towards its borders. On Tuesday, Iran’s semi-official Tasnim news said three “Takfiri terrorists” had been killed in Iran’s western province of Kermanshah. “After clashing with the three Takfiri terrorists, the security forces managed to kill all of them,” Tasnim reported.

Morad Veisi, an expert on Iran’s armed forces, said the Russian deployment indicated that Iranian leaders were pursuing a new approach, prompted by Saudi Arabia, Tehran’s regional rival, taking an overt and active role, particularly in Yemen. “It’s Iran’s reaction to Saudi Arabia, and saying that it will stand by Assad in spite of Saudi threats,” Veisi said. Tehran and Riyadh are particularly at odds in Yemen.

The Mohammad Nojeh airbase in Hamedan was best located for military operations in Syria because of its closeness to Syria, he said.

Veisi said a group of people in Iran, among them supporters and critics of the state, backed the Iranian intervention because they believe it had contributed to maintaining the security inside Iran. However, he also said it was difficult for those who were opposed to voice their view because many feared reprisal.

Iran has maintained that its involvement in Syria and Iraq is based on an invitation from their central governments and is aimed at fighting DAESH. However, critics say Syria is important to Iran because it gives Tehran physical access to Lebanon and Hezbollah, which is strategically valuable to Iranian leaders because of the group’s geographical position in respect to Israel.