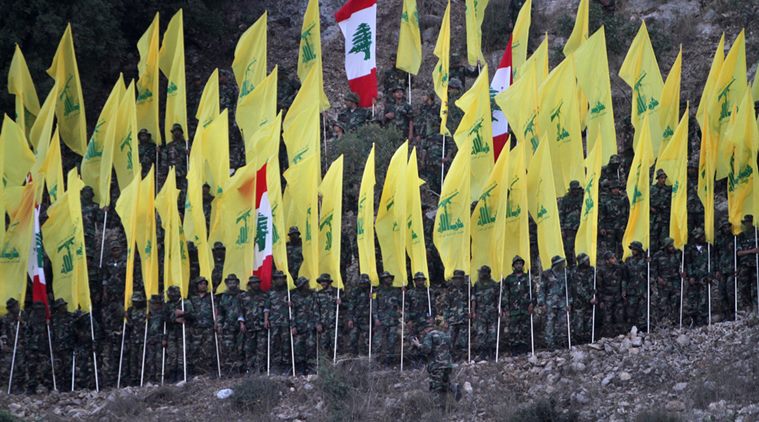 Ministers and members of parliament belonging to Lebanon’s Hezbollah could be sanctioned under a new US law targeting the group’s finances, a US Treasury official said.

The US Hezbollah International Financing Prevention Act (HIFPA) threatens sanctions against anyone who finances Hezbollah in a significant way.

When asked in an interview with television channel LBC if the law could be applied to Hezbollah ministers and MPs in Lebanon, the US Teasury’s Assistant Secretary for Terrorist Financing said: “We don’t make a distinction among Hezbollah members.”

US officials have stressed that the measure does not target ordinary Shia Muslims.

“Hezbollah is the target of this legislation, not the Shia. And I can’t say that strongly enough,” he added.

Classified as a terrorist group by the United States, Hezbollah wields enormous political influence in Lebanon and its powerful military wing is playing a major role in the Syrian conflict. Hezbollah also has unshakable support from millions of Shia Muslims around the world.

“The United States does not understand the strong unshakable relationship between Hezbollah and Shiite Muslims. Hezbollah has wide support in the Shia Muslim population,” said Middle East expert Age Tiltnes.

“These new laws will affect the unity and peace in Lebanon. We strongly oppose this law”, says former Prime Minister Selim Hoss.

“This law will affect Lebanon and Lebanese and it will only serve Israel”, says the president of the Amal Movement and the President of the Parliament of Lebanon Nabih Berry.

“The question that remains now is whether the new US sanctions will hurt Hezbollah, or whether they will hurt the financial sector of Shia Muslims in Lebanon and the Persian Gulf areas“, warns Middle East expert.

Hezbollah played a major role in forcing Israel to withdraw from southern Lebanon in 2000 and enjoys widespread support in the country. Its members include government ministers, MPs, and local councilors.

The resistance movement has been classified as a terrorist organization by the United States.

The group’s military wing has been engaged in fierce fighting with Daesh terrorists in Syria.