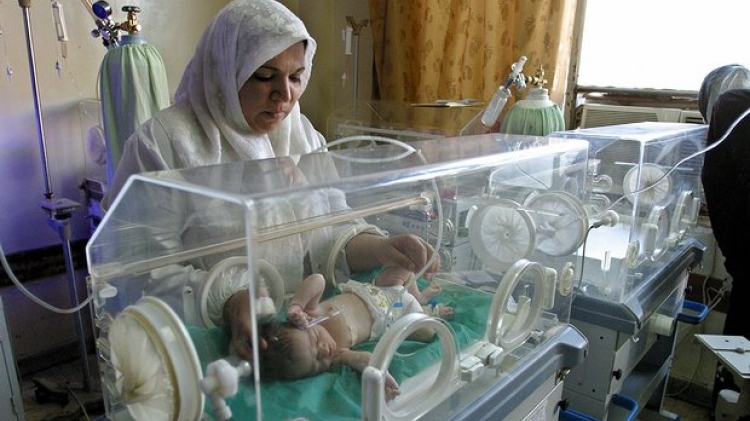 At least 11 newborn babies were killed in a fire at a hospital in Baghdad, Iraqi authorities said Wednesday.

The prematurely-born infants died at the Yarmouk maternity hospital after the blaze broke out overnight, the health ministry said in a statement.

Ministry spokesman Ahmed al-Roudaini told the Associated Press that the fire was probably caused by an electrical fault.

The department said that 29 women and seven children were rescued and taken to another hospital.

Hussein Omar, 30, told the AP he lost twins — a boy and a girl who were born last week — in the fire. He said the hospital told him to search for them at another hospital where some of the patients were moved, but he failed to find them and went to the morgue at the Yarmouk hospital.

“I only found charred pieces of flesh,” a crying Omar told the AP. “I want my baby boy and girl back. The government must give them back to me.”

Eshrak Ahmed Jaasar, 41, told the news agency that her four-day-old nephew was missing after his mother was moved to another hospital ward.

“I came early this morning to see my nephew and his mother, but they told me about the fire,” she said.

“We pay the hospital employees thousands of Iraqi dinars to allow us in to get our loved ones basic food and milk, which they cannot provide,” she added. “It’s a corrupt government that doesn’t care about its citizens and lets this happen.”

Electrical fires are common in Iraq due to poor maintenance and wiring, according to the AP. A lack of fire escapes also contributes to the dangers.