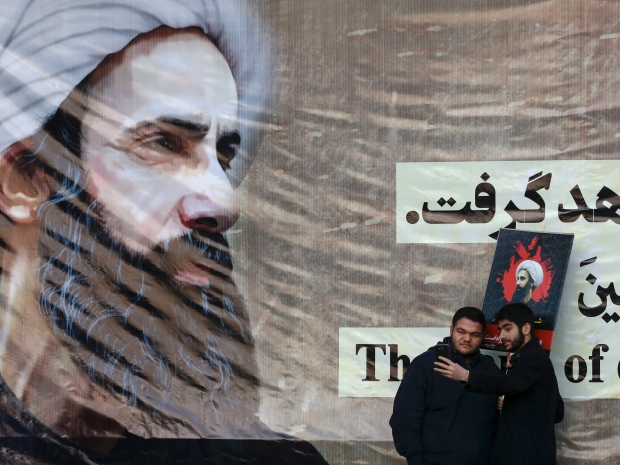 Iran warned Saudi Arabia Wednesday to stop working against it as their diplomatic crisis intensified despite efforts to defuse a row that has raised fears of greater regional instability.

As its diplomats arrived home after being told to leave by Saudi Arabia, Shiite-dominated Iran fired the latest verbal salvo in a dispute that has seen Riyadh and some Sunni Arab allies cut diplomatic ties with Tehran.

“For the past two-and-a-half years, Saudi Arabia has opposed Iran’s diplomacy,” he said at the press conference with Iraqi Foreign Minister Ibrahim al-Jaafari.

“Saudi Arabia has moved against our efforts and, unfortunately, they opposed the nuclear agreement with Israel,” Zarif said, also accusing Riyadh of “taking measures against the Iranian people” through its efforts to keep oil prices low.

“This trend of creating tension must stop. We need to stand united… and stop those who are adding fuel to the fire,” he added.

The spike in tensions comes after Iran last year secured a historic nuclear deal with world powers led by the United States, causing major concern in longtime US ally Riyadh.

That deal, when finally implemented, will end sanctions on Iran’s oil and gas industry and could see the Islamic republic challenge Saudi Arabia’s role as the Middle East’s dominant energy and economic power.

Oil prices have fallen by more than 60 percent since mid-2014 as OPEC kingpin Saudi Arabia refuses to lower production in a bid to push competitors out of the market, hurting the income of other producers, including Iran.

On Tuesday, Riyadh cut the February price of its export oil to Europe in another move to win market share.

Nimr’s death sparked demonstrations in many countries including Iran, where protesters stormed and set fire to the Saudi embassy in Tehran as well as the kingdom’s consulate in second city Mashhad.

The United Nations and Western governments have expressed deep concern, urging both sides to reduce tensions.

US Secretary of State John Kerry has made repeated calls to both Iranian and Saudi leaders urging calm.

Saudi Arabia and Iran are on opposing sides in some of the Middle East’s worst conflicts.

Within hours of the embassy attack, Iran’s President Hassan Rouhani called the violence “totally unjustified” but accused Saudi Arabia Tuesday of focusing attention on the incident to “cover its crime” of executing Nimr.