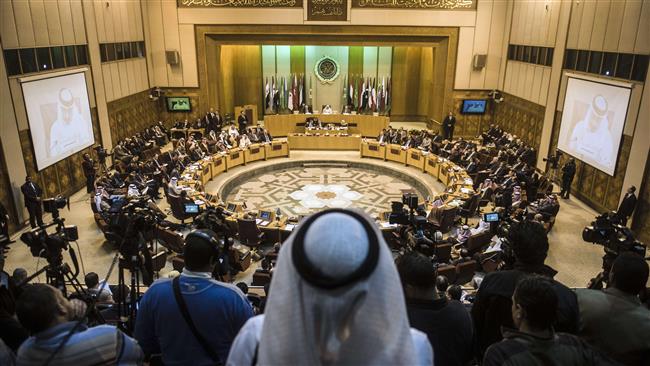 Foreign ministers from countries in the Arab League have condemned Iran for what they say is meddling into Arab affairs and undermining regional stability.

At an Arab League meeting in Cairo on January 10, the ministers accused Iran of breaking international agreements by intentionally failing to protect Saudi Arabia’s diplomatic posts in Tehran.

Lebanon was the only dissenting voice.

There was no mention of concrete punitive measures against Iran in the Arab league statement.

“Saudi Arabia’s approach is to create tension intended to negatively affect the Syrian crisis,” Zarif said in a statement.

But the United Nations Syria envoy Staffan d Mistura said at the end of a January 10 visit to Tehran that Zarif assured him Iran would not allow the dispute to have a negative impact on Syrian peace talks set to begin on January 25.

Zarif’s remarks came one day after the six foreign ministers of the Gulf Cooperation Council (GCC) held an extraordinary meeting in Riyadh on January 9 to discuss growing tensions between Saudi Arabia and Iran.

Saudi Arabia’s partners in the GCC– Bahrain, Kuwait, The United Arab Emirates and Qatar — expressed support for Riyadh in its diplomatic row with Iran.

In a statement, the six countries “strongly denounced” the sacking of the Saudi diplomatic missions in Tehran by demonstrators angered over its execution of the Shi’ite cleric, Nimr al-Nimr.

They stated that Tehran “carries the responsibility for these terrorist acts.”

Iranian officials fiercely criticized the kingdom’s authorities for the execution, and an Iranian mob stormed the Saudi Embassy and consulate in Tehran in protest. The Iranian government immediately condemned the move by the “rouge” group, whose members were arrested, further asserting that the incident does not diminish Riyadh’s accountability in Nimr’s execution.

Along with, Saudi Arabia, Bahrain also severed diplomatic relations with Tehran while Kuwait and Qatar recalled their ambassadors, and the UAE downgraded its ties.

Iran has blamed Saudi Arabia for the diplomatic crisis and accused the kingdom of “sectarian hate-mongering.”

In a letter to the UN Secretary-General Ban Ki-moon on January 8, Zarif said Riyadh must choose between promoting extremism and fostering good relations in the Middle East.