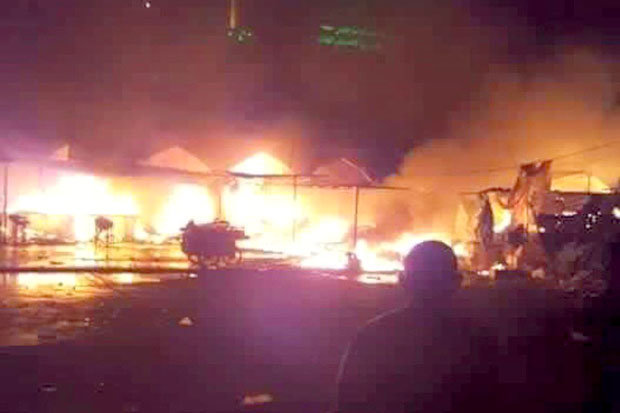 DAESH has claimed a triple suicide attack that has killed at least 35 – and could spark an all-out civil war.

A man detonated an explosive belt at the gate of the burial chamber at around 11pm local time on Thursday allowing several gunmen to storm the site and start shooting at worshippers.

At least one gunmen blew himself up in the middle of the crowd while another was gunned down by the guard of the mausoleum before he could detonate his explosive belt.

The site – which is holy for Shia Muslims – also came under rocket fire during the attack.

Most people in Iraq are Shia but DAESH wants to take control of the country and stamp the sect out. The Sayid Mohammed Mausoleum is near the town of Balad, in Salahuddin Province, which is majority Sunni.

Meanwhile the death toll from Sunday’s suicide bombing in Baghdad has again been raised, from 250 to 292. The Baghdad attack targeted a shopping complex in the mainly Shia Muslim Karada district of the city.

DAESH said it was behind the bombing, the deadliest in the country since the 2003 US-led invasion.