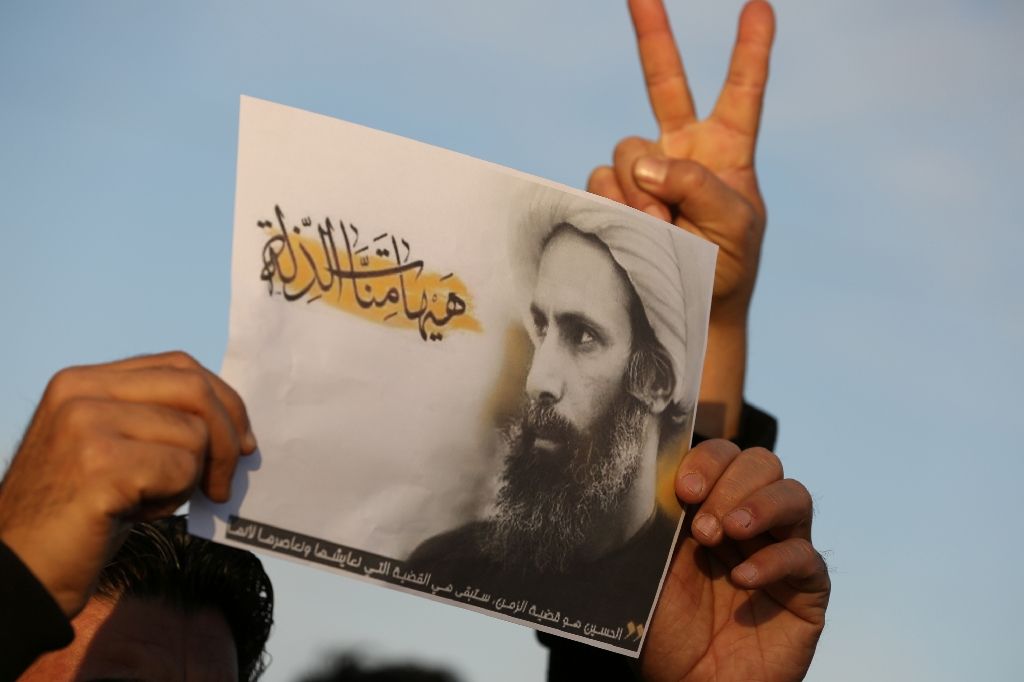 Iraq’s political and religious leaders united Sunday in condemnation of the execution by Saudi Arabia of a prominent Shiite cleric which they saw as a deliberate sectarian aggression.

“We received with deep sadness and regret the news of the martyrdom of a group of our brothers in the region,” Iraq’s top Shiite authority Grand Ayatollah Ali al-Sistani said.

“The spilling of their pure blood — including of the late cleric Sheikh Nimr al-Nimr, may his soul rest in peace — is an injustice and an aggression,” Sistani said.

Other leading Shiite clerics in Iraq have reacted with outrage to the execution on Saturday by the Saudi authorities of Nimr and other Shiite activists.

Moqtada al-Sadr, a well-known cleric who heads the Saraya al-Salam militia, said Nimr’s execution was a “horrible attack” against Shiites and called for international condemnation.

Mohammed Taqi al-Mudaresi, another cleric who is based in the holy Shiite city of Karbala, took a harder line.

“The execution of the martyr (Nimr) isn’t just a declaration of war against the People of the House (Shiites) but against all Muslims,” he said in a statement.

The Iraqi foreign ministry accused Saudi Arabia of using the fight against terrorism to silence its opposition.

“The terrorism charges he (Nimr) was executed for should have been brought against the terrorist criminals of DAESH, not an opponent expressing the will of the nation,” a statement said.

Echoing comments made by Iraqi Prime Minister Haider al-Abadi on Saturday, the foreign ministry said Riyadh was threatening its own and the region’s stability.

“Executing a religious man and peaceful opponent, while turning a blind eye on the clerics issuing dozens of takfiri fatwas and supporting terrorists with weapons and money is blatant sectarian discrimination,” the statement said.

“It will not serve the stability of the region.”

Takfir is a part of the ideology of some extremist Sunni groups — such as DAESH group that controls parts of Iraq and Syria — that considers other Muslims infidels.

Several small protests took place in Baghdad and elsewhere in Iraq, including in the southern town of Nasiriyah.

On Palestine street in the capital, a few dozens protesters, including several clerics, chanted slogans against Riyadh and carried portraits of Nimr.

“The House of Saud has opened the gates of hell on its own regime,” said one cleric, Ahmed al-Shahmani.

The executions also sparked a wave of anger in neighbouring Iran, where protesters firebombed the Saudi embassy in Tehran, and in Bahrain where Shiite protesters clashed with police.

Several clerics and protesters in Iraq have also called for the closure of the Saudi embassy and said that the envoy should be expelled over Nimr’s execution.

The embassy reopened on December 15, a quarter of a century after diplomatic ties were severed over the invasion of Kuwait.

It is located in the fortified part of central Baghdad known as the “Green Zone”, which is home ot most ley institutions and embassies.

Ambassador Thamer al-Sabhan, who arrived in Iraq four days ago, posted a message on social media in which he said they are being “looked after by the Iraqi government”.