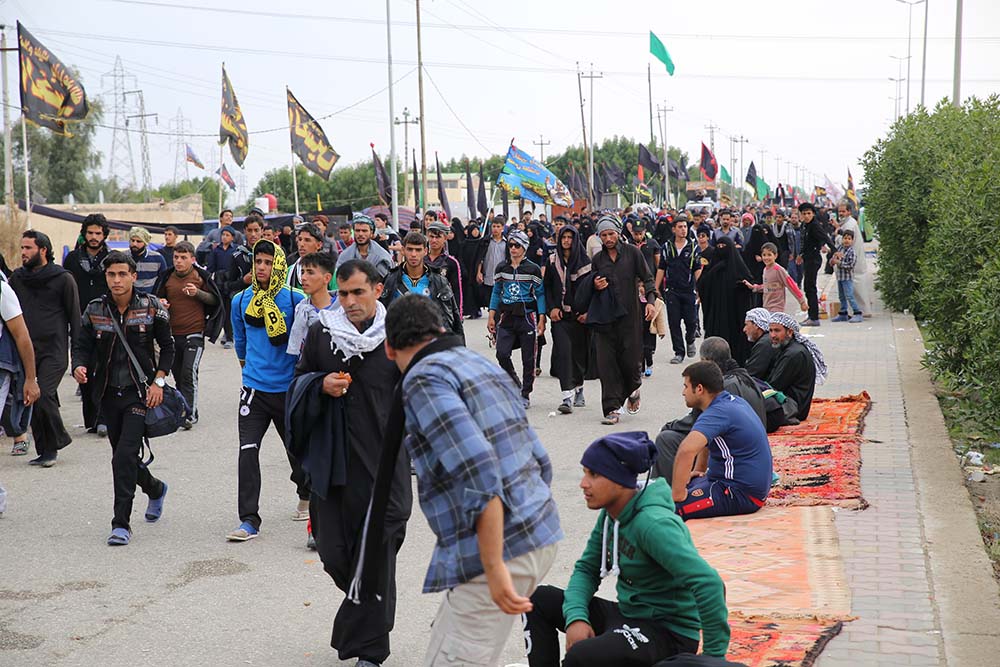 Millions of Shia Muslims are travelling from across the globe have come together in the holy Iraqi city, Karbala, to mark the Arbaeen, which marks the 40th day following the seventh-century martyrdom of the third Shia Imam, Imam Hussein, AMCnews reports.

The biggest pilgrimages in the world is underway, with millions of Shia Muslims risking their lives to travel through Iraq.

So far up to 27 million made the pilgrimage over 10 days this year, more than 5 million from Iran, and many remained for the ceremony of Arbaeen, AMCnews reports.

They are making their way to the city of Karbala, 62 miles south-west of Baghdad, for the holy day of Arbaeen on 3 December – a journey that has previously been the target of numerous terrorist attacks, and was suppressed by Saddam Hussein, Iraq’s former dictator, who persecuted the Shia Muslims.

Arbaeen marks the end of a 40-day mourning period following Ashura, the religious ritual that commemorates the death of the Prophet Mohammad’s grandson Imam Hussein in 680.

Shia Muslims revere him as their third imam and mourn his martyrdom at the battle of Karbala, when he and his companions were killed and beheaded by Caliph Yazid’s army.

The city holds the Imam Hussein Shrine, which was the destination of an estimated 25 million people from 50 countries in 2014.

The Hindu pilgrimage of Kumbh Mela, used to be the largest in the world, but not anymore, Arbaeen have qualified far above the number of participants, while the Islamic Hajj pilgrimage to Mecca sees approximately 2 million people arrive every year.

Daesh has declared Shia Muslims apostates and targeted them in its bloody campaign to establish a hard-line caliphate across Iraq and Syria.

Security is being increased around Karbala ahead of the pilgrims’ arrival but many choose to make the 55-mile journey on foot from Najaf, near Daesh-controlled areas.

Some pilgrims chose to walk the entire 425 miles from Basra and Karbala over two weeks, braving scorching sun in the day and cold at night, through terrorist strongholds.

The amazing scenes that were filled by millions of people also showed how politically engaged Shia Muslims are. In several areas the crowds trampled and then burned the Israeli flag to show their solidarity for the Palestinian people who are treated unfairly by Israel, AMCnews reports. 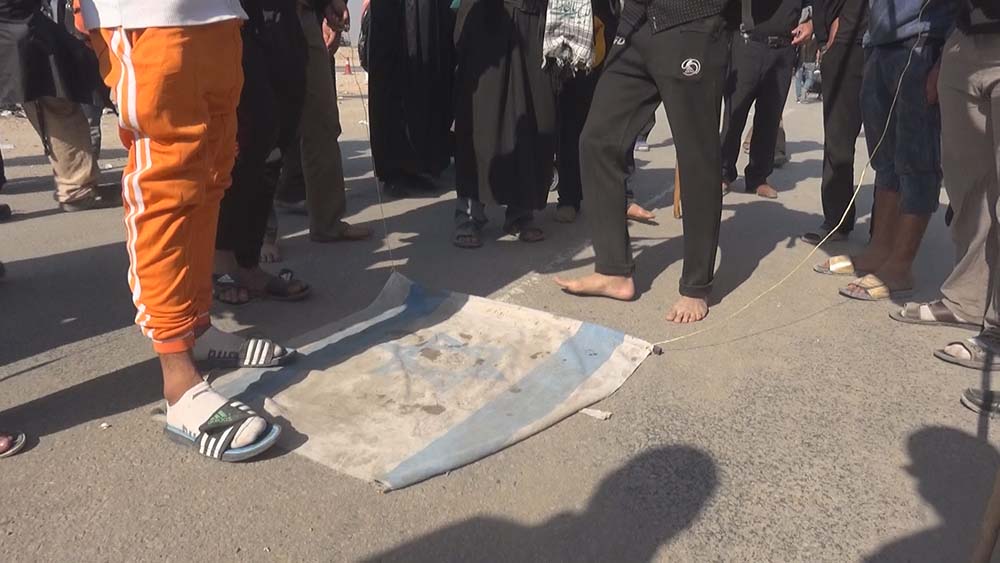 Shia muslims trampled and then burned the Israeli flag to show their solidarity for the Palestinian people who are treated unfairly by Israel. PHOTO: AMCnews

– I love Arbaeen. I am here with my wife and children and I want to visit my dear Imam Hussain, says Elias Harman from Germany to AMCnews when we meet him Monday.

– Arbaeen shows the world the true muslims, all are gathered here to share love and to show their support for justice that Imam Hussain taught us, says Muhammed Amir Mehdi from New York to AMCnews. 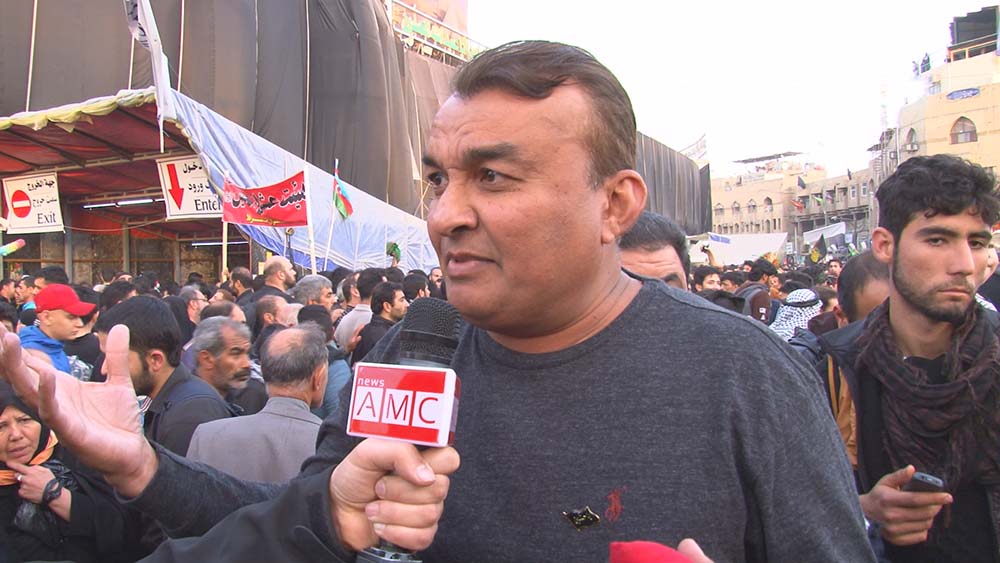 – We must fight Daesh and the Wahabi ideology, It is the only way to stop the terror in the world, said Canadian Noori Lami to AMCnews. 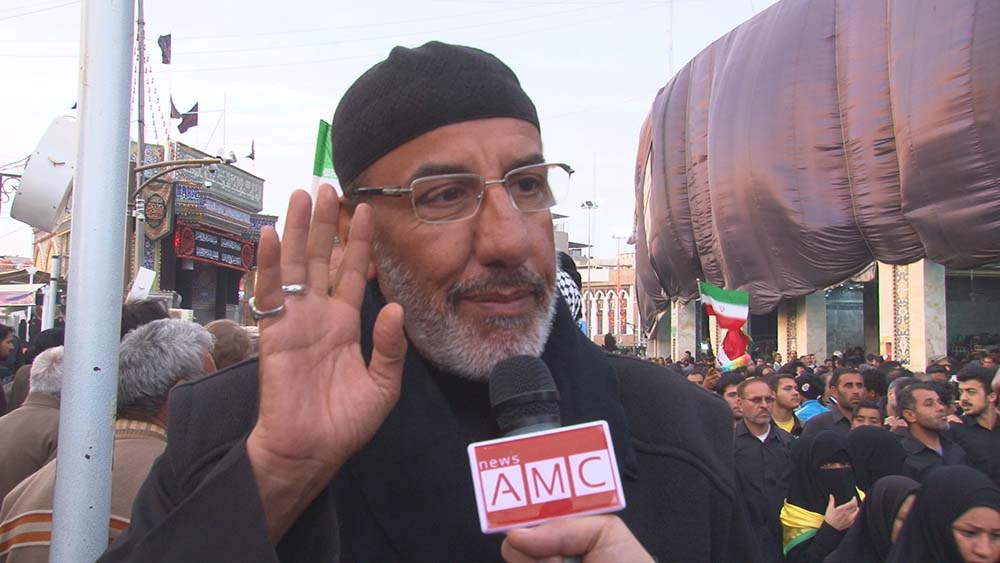 We must fight the Wahabi ideology, It is the only way to stop the terror in the world, said Canadian Noori Lami. PHOTO: AMCnews

Arbaeen is the biggest annual gathering, longest continuous dining table, largest number of people fed for free, largest group of volunteers serving a single event, all under the imminent threat of suicide bombings.

There have been no reports of major incidents at this year’s Arbaeen, AMCnews reports.

Here are some figures showing the scope of Arbaeen event:

– Massive rise in visitor numbers from 2014, partly attributed to easing of visa requirements for Iranians.

– 27 million: People who made the Arbaeen pilgrimage to Karbala this year, according to AMCnews. Among them 6 million foreigners, including at least 5 million Iranians.

– 30,000: Security forces and volunteer forces deployed across the city for the occasion, according to Karbala operations command.

– 800: The total number of hotels in Karbala — all fully booked, according to the governor.

– 12: Average number of days it takes pilgrims to walk from the southern city of Basra to Karbala.

– 50,750: Number of “mawakeb” — spots in Karbala where volunteers have set up tents serving free food and beverages to the pilgrims from Faw, Basra, Nasriah, Samawa, Dywaniah, Najaf, kut, Nomaniah, Hilla, Umarah, Albotirah, Dyalah, Baghdad, Karbala. Around 1100 miles main road where pilgrims use to travel to Karbala.

– 5,000: Number of volunteer cleaners sent by the Tehran municipality to handle the waste generated by the pilgrims.