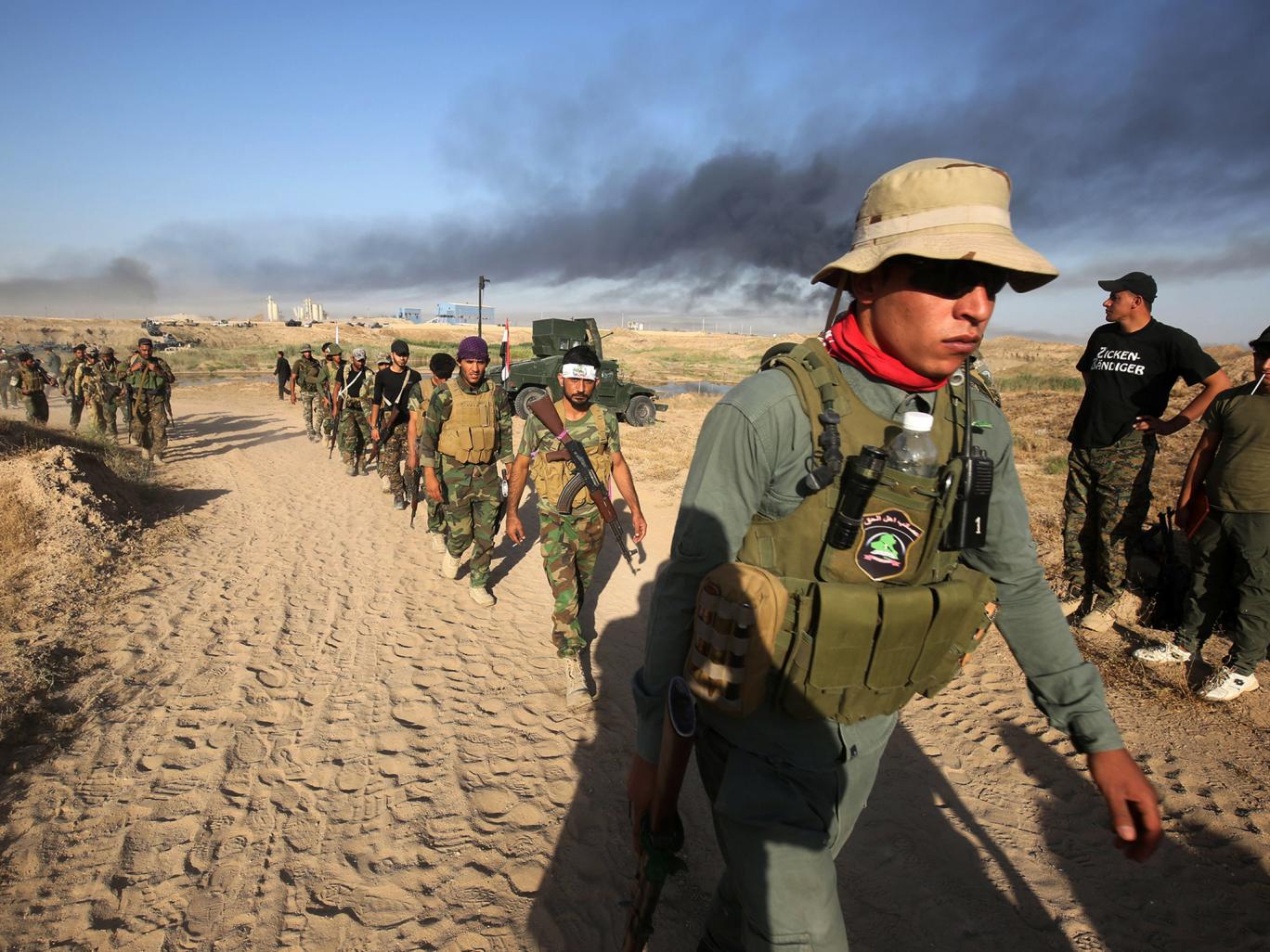 The Iraqi government is near to retake the city, but DAESH is giving orders to kill anyone who tries to flee or surrender.

Iraqi army units started an offensive east of Fallujah on Monday morning after heavy shelling and airstrikes overnight. Iraqi military and al-Hashd al-Shaabi (Iraqi volunteer forces) were joining in the bombardment with a home-made-rocket called “the Nimr”, named after the leader of the Saudi Shia minority, Sheikh Nimr al-Nimr, who was executed by the Saudi authorities in January this year.

The loss of Fallujah, a Sunni commercial hub on the main road to Jordan, would be a serious blow to DAESH. Its capture of the city so close to Baghdad at the beginning of 2014 was the extremist Sunni movement’s first spectacular military victory.

The Iraqi Prime Minister Haidar al-Abadi claimed a “big success” by his troops within hours of the start of the operation. Wearing the black uniform of Iraq’s counter-terrorism forces he said that it had already achieved “more than was planned” as he met with commanders of the Fallujah Operational Command. Earlier in a television address on Sunday night, he pledged to “tear up the black banners of strangers who usurped the city.”

The Iraqi armed forces are short of combat-ready soldiers and they are reliant on two brigades of well-trained and experienced counter-terrorist troops numbering about 5,000 men. In addition, there are two divisions of the regular army able to fight.

Fallujah is now entirely surrounded on all sides. The city are besieged with the Iraqi army and al-Hashd al-Shaabi (Iraqi volunteer forces) to the east, anti-DAESH Sunni tribal forces to the south and more government forces around Habbaniyah to the west. The main attack on Monday was being directed towards the agricultural town of Garma where DAESH has lost some ground in farming areas.