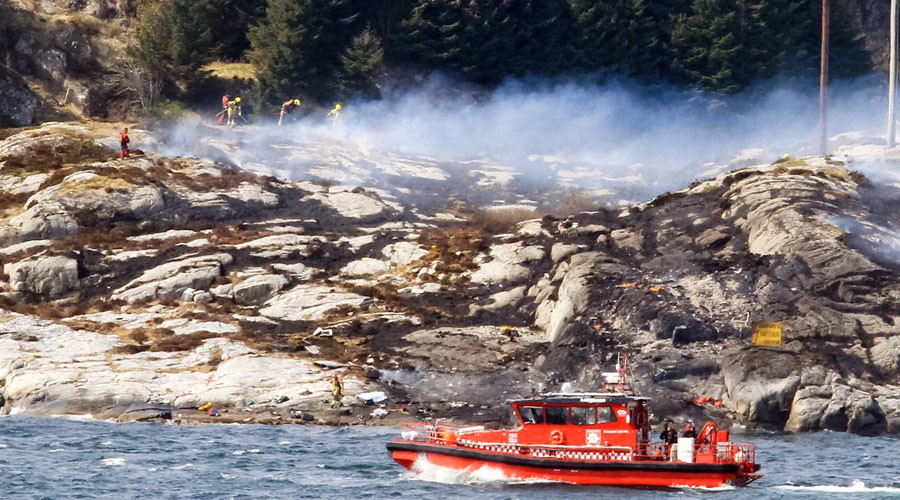 Eleven people have been killed in a helicopter crashed off the west coast of Norway in Hordaland, AMCnews reports. 11 people are found dead. A Briton, an Italian and 11 Norwegians were amongst those on board the helicopter, which was totally destroyed on impact.

The helicopter did lost speed and altitude very quickly before it quickly disappeared from the radar.

“We have received many, many reports of a helicopter crash just west of Turoy near Bergen. Many people have reported that they heard an explosion and saw smoke. We can confirm that a helicopter has crashed and that there are people in the sea,” police told the Verdens Gang newspaper.

Norwegian police have told the broadcaster NTB that there were 13 people on board the helicopter when it came down. The area has frequent helicopter traffic servicing offshore oil platforms in the North Sea off the Norwegian coast. 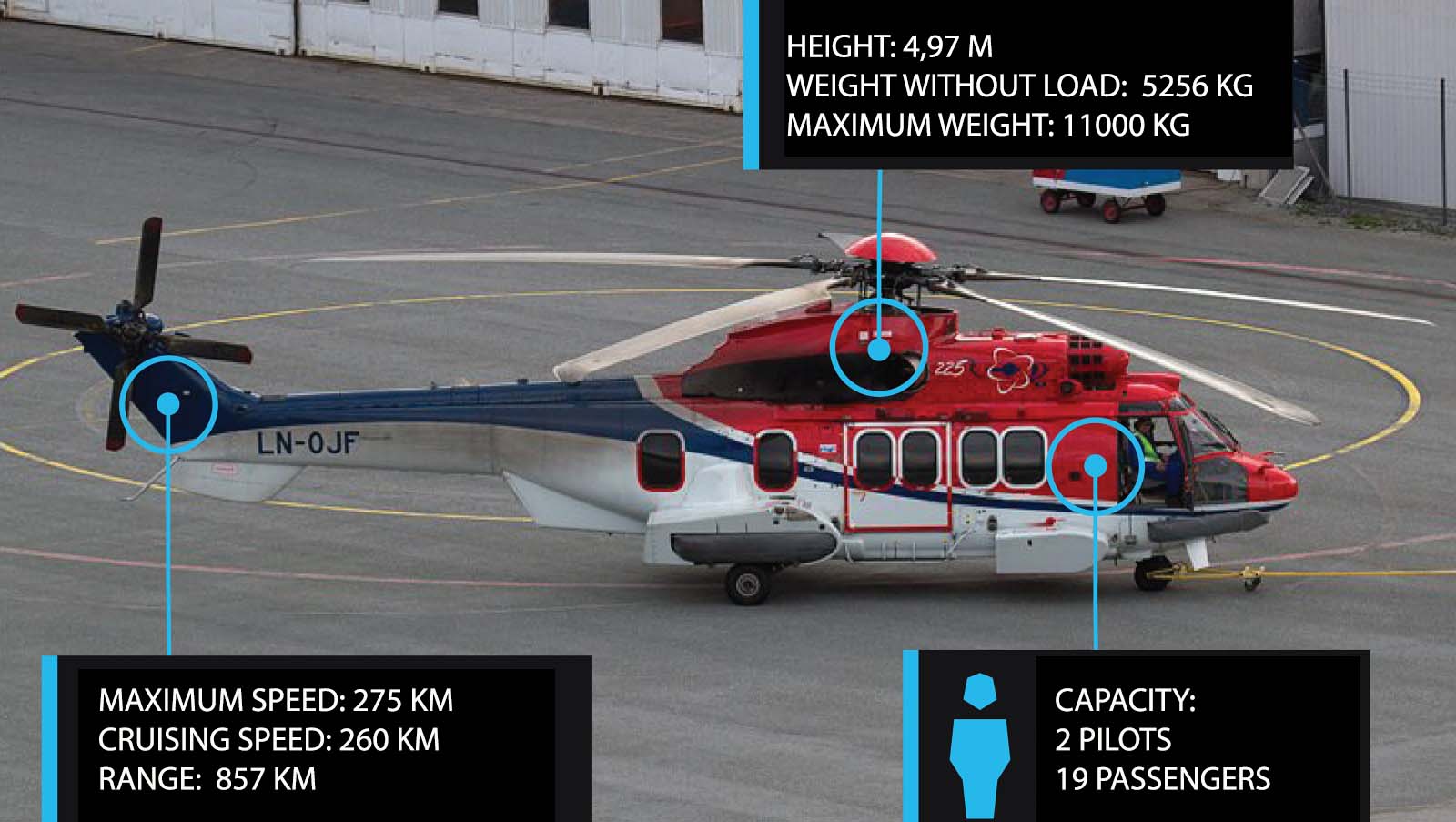 Crashed: This is the helicopter that crashed in Hordaland.

Rescue attempts tried to find survivors, though a few hours after the crash, it was announced that 11 people had been killed. It was reported that 11 Norwegians, one Briton and one Italian were amongst those on board, though the nationalities of those killed has yet to be confirmed.

“We do not know the sequence of events or what the helicopter to come down,” Bjorn Jarle, from the Rescue Coordination Center for South Norway.

Bergen is the second-largest city in Norway. Reports say there was no problem with the weather as conditions were good for flying, according to local meteorologists.

The helicopter that came down is believed to be a Eurocopter and was owned by the CHC Helicopter Group, which specializes in providing offshore transportation to the oil-and-gas industry.

Norwegian oil company Statoil has confirmed to the AMCnews publication that the crashed helicopter came from the Gullfaks B platform – a North Sea oil field operated by Statoil.

Ivar Moen, from the Rescue Coordination Center for South Norway, told Verdens Gang that diving equipment is being brought to help with the rescue operation.

“There are a lot of people who can help in the area, but the Rescue Coordination Center has requested vessels with the capacity to dive. The Norwegian Stealth Frigate, the Otto Sverdrup will help with the rescue attempts and is heading to the area,” he said.

Statoil is setting up an emergency center in Bergen, while it confirmed that 11 of those on board worked for the oil firm. The oil giant has also said that all helicopters of a similar type to the one that crashed have been temporarily taken out of service.