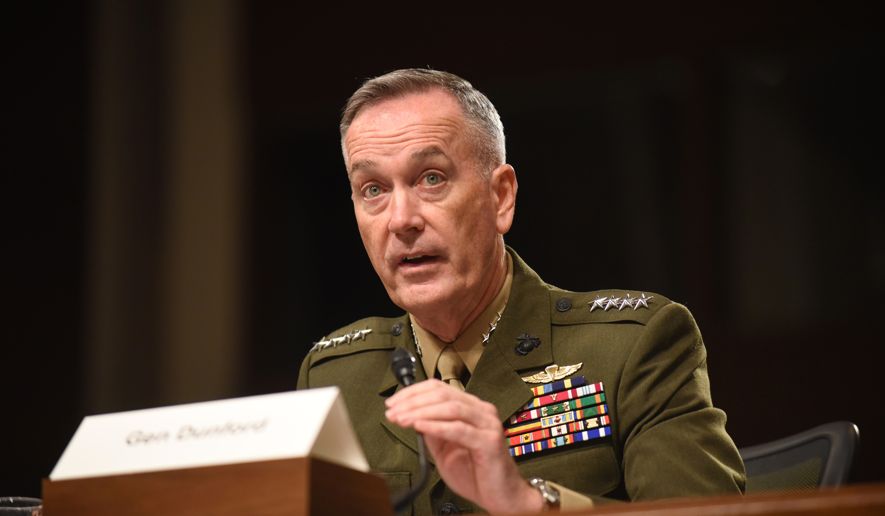 Speaking at a news briefing today, Joint Chiefs of Staff Chairman Gen. Joe Dunford told reporters that President Obama is about to decide on proposals to increase the number of US ground troops in Iraq, saying the decision will come within a matter of weeks.

Last week, Dunford confirmed that multiple proposals had been sent to President Obama, and suggested that the only real question was how many more troops will be sent to Iraq. Nominally, Dunford claimed 3,800 troops in Iraq now.

But that’s just the “official” Pentagon count, which doesn’t cover those the Pentagon classifies as “temporary.” Pentagon officials have conceded in recent weeks that the number of actual ground troops in Iraq is closer to 5,000.

Maintaining the 3,800 facade seems to be based on the diplomatic deal with Iraq, which officially only allows the US a maximum of 3,870 ground soldiers in Iraqi territory at any given time. The US has far exceeded that figure for months, however, and seems set to just keep escalating its ground presence without negotiating a new deal with Iraq.