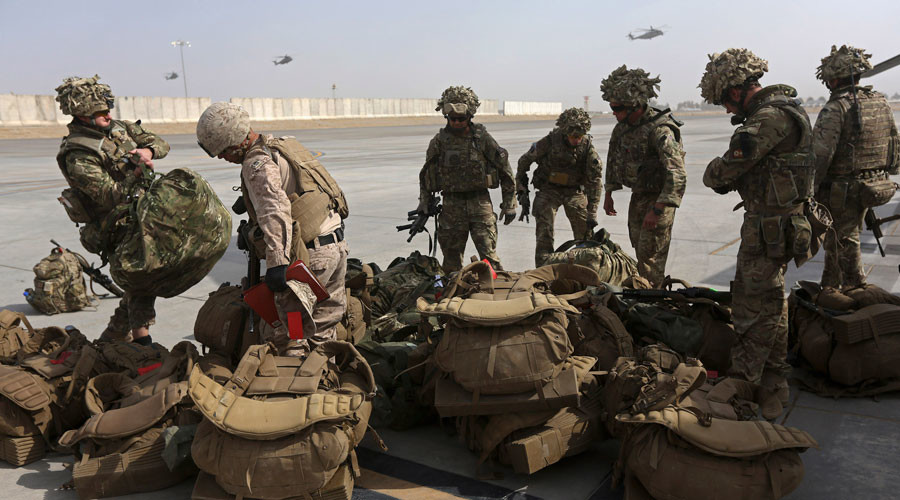 Moscow has voiced concerns over the landing of 150 US soldiers in Rumeilan, northeastern Syria, without the consent of the Syrian government, calling it a “violation of the country’s sovereignty.”

“Speaking from the position of the Foreign Ministry, we can’t help but be concerned about the fact that such actions are being carried out by the US without the consent of the legitimate government of the Syrian Arab Republic,” Russia’s Deputy Foreign Minister Sergey Ryabkov told TASS.

“It is a violation of sovereignty,” he said. “I emphasize that a similar political assessment has already been given by official Damascus, and we express our full solidarity with it,” the Russian diplomat said.

He added that “contacts between Russia-US defense ministries are taking place on a daily basis.”

Russia’s Deputy Foreign Minister said the issues are being discussed by “professionals who are well versed in the situation, its dynamics, and in the existing threats and challenges, which can be tackled by the corresponding contingents.”

On Monday, US President Barack Obama confirmed plans to increase American troop presence in Syria by deploying an additional 250 personnel, bringing the total to 300. He said the troops would help drive out DAESH (IS, formerly ISIS/ISIL) terrorist group.

The move raised eyebrows as it contradicts Obama’s earlier promise not to put any “American boots on the ground in Syria.” The first time Obama broke his 2013 pledge was when he sent 50 US special operations forces to Syria last year, saying the move was a “counterterrorism” measure and not a step closer to a ground invasion.

On Wednesday, about 150 US soldiers arrived in the Kurdish-controlled town of Rumeilan in northeastern Syria, according to a report on Thursday by the SANA news agency. A source said part of the contingent immediately headed to the north of Raqqa province.

“This intervention is rejected and illegitimate, and it happened without the Syrian government’s approval,” SANA quoted a source at the ministry as saying. The source added it was a “blatant act of aggression that constitutes a dangerous intervention and a gross violation of Syrian sovereignty.”

As a truce was proclaimed in the country in late February, airstrikes against terror targets by Russia and the US-led coalition did not stop. But after President Vladimir Putin ordered the start of the withdrawal of Russian forces from Syria last month, the coalition did not stop its activities.

Last week, US Central Command disclosed that 20 civilians in Iraq and Syria were killed as a result of airstrikes targeting DAESH fighters between September 10 and February 2.

The report stated that the anti-DAESH coalition takes “all feasible precautions to avoid civilian casualties during the course of military operations,” and that in all cases of civilian deaths it was determined that “all appropriate precautions were taken.”