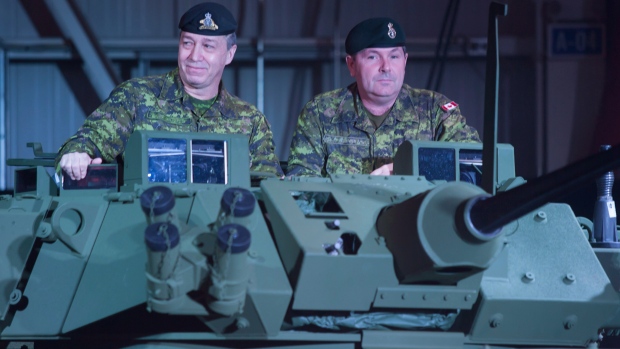 An MP from London, Ont., is backing calls for Ottawa to halt a controversial sale of light armoured vehicles to Saudi Arabia until human-rights issues are satisfactorily addressed.

A group of peace and human-rights organizations sent an open letter to Prime Minister Justin Trudeau this week urging the federal government to rescind export permits for the multibillion-dollar deal involving General Dynamics.

They argue that it is wrong to be sending these vehicles to a country with such a poor human rights record and that doing so is contrary to the aims of Canada’s export controls.

“We urge you to consider seriously whether our export controls have served their intended purpose with the authorization of this deal,” the group said in its letter. “We believe they have not.”

Alex Neve, the secretary general of Amnesty International Canada, was one of the people who signed that letter. He said there is a need right now for Ottawa to put pressure on Saudi Arabia regarding its activities in neighbouring Yemen.

“Canada should become part of a concerned international effort to rein Saudi Arabia in, particularly with respect to how it’s carrying out the conflict in Yemen,” he told CBC Radio’s Afternoon Drive in an interview on last night.

The vehicles are made at a plant in London. The deal involving Saudi Arabia could help support many jobs in southwestern Ontario over the life of the contract.

Yet, Irene Mathyssen, a New Democrat who represents the riding of London-Fanshawe where the General Dynamics plant is located, agrees with the groups asking the government to reconsider the approval of the deal.

“I’m asking for the export permits to be slowed down and the concerns that have been raised … to be addressed,” she told CBC News in an interview.

Mathyssen said it would not be wise for the government to ignore the issues being raised by these groups.

“This is not going away,” Mathyssen said. “The groups who are concerned about this are not going to stop being vocal and we have to get to the bottom of this if we are going to protect those jobs.”

Mathyssen said the Canadian government has to take some responsibility to protect those jobs, as well.

And she suggested that could include having Ottawa purchase equipment for its own armed forces from the company.

“The reality is that our Canadian Armed Forces are not fully equipped. They’re under-equipped, they’re improperly equipped,” said Mathyssen.

“One of the things that this government can do is to provide a contract to places like General Dynamics, to make sure that those men and women are safe, that the machinery, the vehicles that they have are first-class.”