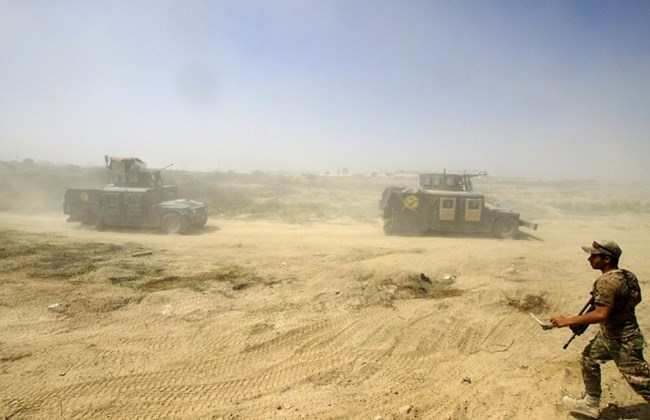 The commander of Anbar Operations, Major General Ismail al-Mahlawi announced that the Iraqi forces with the supports of the warplanes as well as the Iraqi volunteer forces (Al-Hashd al-Shaabi) in Fallujah have retaken Zankura to the north of Fallujah and killed 40 terrorists and damaged lots of their military equipments and weapons.

Three villages to the southeast of the city have also been retaken and a number of terrorists got killed, he added.

According to the sources of information, The Iraqi Counter Terrorism Service has cleared out the Green Zone and reached Fallujah Steeny Street. They are undergoing door to door battle with DAESH in the city.

DAESH have conducted vicious crimes against all ethnic and religious communities in Iraq, including Shias, Sunnis, Kurds, Christians and others.

Iraqi military and Iraqi volunteer forces have been engaged in operations to liberate terrorist-held regions in Iraq.