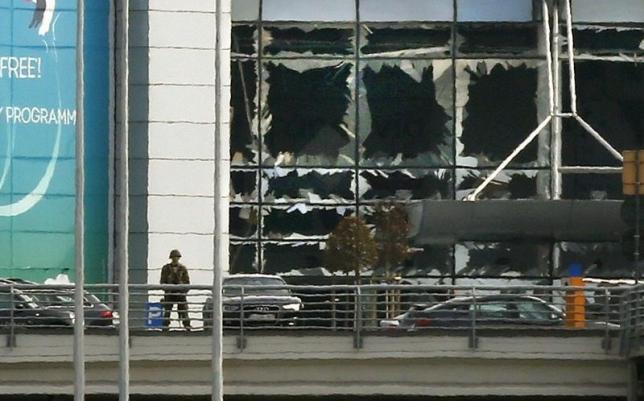 Daesh claimed responsibility for two bomb attacks that killed at least 30 people in Brussels on Tuesday, a news agency affiliated with the group said.

“Daesh fighters carried out a series of bombings with explosive belts and devices on Tuesday, targeting an airport and a central metro station,” the Amaq agency said.

The attacks on Brussels airport and a rush-hour metro train in the Belgian capital came four days after Brussels police captured the prime suspect in attacks by the jihadist groups in Paris.

“Daesh fighters opened fire inside Zaventem Airport, before several of them detonated their explosive belts, as a martyrdom bomber detonated his explosive belt in the Maalbeek metro station,” Amaq said.