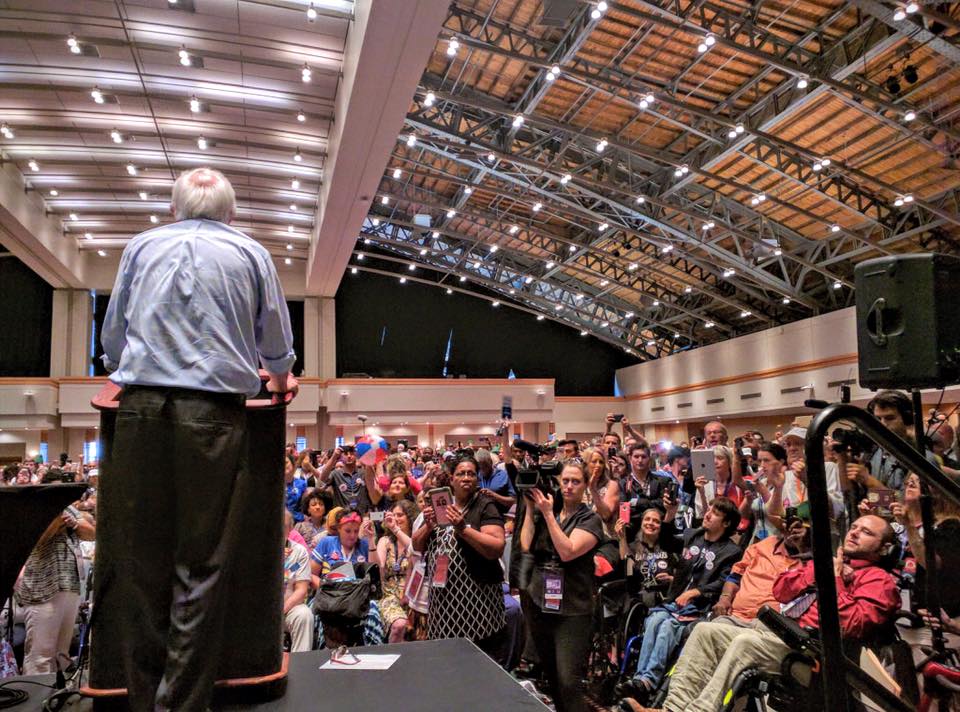 Bernie Sanders spoke to a large group of his supporters on Monday in Philadelphia. The crowd cheered as Sanders ran through all of the successes he and his self-professed “political revolution” had run up this year: the millions of votes he won, the reduction in superdelegates, the takeover of state parties by Sanders supporters.

Then came time for the pivot. Sanders tried to tell the crowd that now was the time to line up behind Hillary Clinton and her running mate, Timothy M. Kaine. Boos cascaded down. Shouts of “no!” And then a Sanders chant started up.

Sanders was at a loss. Here he was telling his most loyal supporters what needed to happen next in order to unify the party and beat Donald Trump. And they weren’t listening. They wanted revolution. Now, not later.

What was clear for anyone watching Sanders’s unsuccessful attempts to calm the churning among his supporters is that the revolution he started is no longer one he can totally control. Or maybe even control at all.

This is the nature of centering a presidential campaign — or any campaign, really — on the absolute necessity of radical political change. Sanders, who has been working within the political system — albeit it on the outskirts — for decades, gets that at the end of a losing campaign, you line up behind the person who won. That’s just how things work.

But for many of his supporters who took the time to attend the Democratic convention in Philadelphia, that’s not enough. They campaigned for him, voted for him, gave money to him and now have come to Philadelphia for him. They aren’t ready to give up — and don’t think they have to. “Bernie or Bust” T-shirts are everywhere. One woman interviewed by MSNBC insisted that the only way the problems surrounding the Democratic National Committee’s email leak scandal could be solved is if Kaine was removed as VP and Sanders was installed. (Breaking news: That isn’t going to happen!)

To be clear, not every Sanders supporter feels that way. In fact, the vast majority of them tell pollsters they plan to vote for Clinton this fall. But there is without doubt a vocal group here in Philadelphia unwilling to roll over and play nice with the presumptive nominee — no matter what Sanders says they should do.

That is an issue for Clinton — and for Sanders. A vocal minority in the context of, say, Sanders’s speech to the convention tonight could be a major problem for party strategists doing everything they can to present a united front. Anything similar to what happened this afternoon — booing when Sanders mentions the need to support Clinton — would be a major embarrassment for the former secretary of state just days before she is set to formally take the reins of the national party.

The scariest thing if you are a member of the Democratic establishment? Not even Bernie Sanders seems to be able to control these people. The revolution is still happening for them, and no one can convince them otherwise.