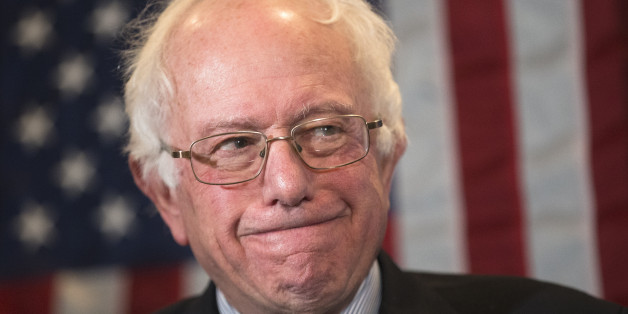 The Republican and Democratic parties are functioning like two identical but competing Orwellian Ministries of Truth.

In the United States presidential elections, there are two towering political parties – the Democratic and the Republican – that during the course of their “primary” elections get to choose who will be their respective candidates in the course of a national election.

Although any US citizen can join these two parties – or any other political party – millions of eligible voters have not, and consider themselves “independent”.

These independent voters get to vote in the general elections like anyone else, but by the time we get to that general election in November, the two dominant political parties have already elected their nominee, and, therefore, US citizens at large have to vote for one of these preselected nominees if they want their vote to have a role in who their next president will be.

This entirely undemocratic, arcane, draconian, and ipso facto rigged aspect of the US electoral system came to a crucial dead-end during the New York primaries of the Democratic and Republican parties on April 19, when Hillary Clinton and Donald Trump won their respective primaries.

In many significant ways, the presidential primaries in New York were a turning point in the unfolding saga of Bernie Sanders’ bid for the US presidency.

His crushing defeat by the former state secretary marks a decisive setback that may, in fact, end his candidacy and usher his massively popular campaign into a new phase, with or without the prospect of US presidency.

So crucial was this victory for Clinton that soon after this primary, the New York Times – which now openly, unabashedly, and against any norm of journalistic decency or professionalism acts as the official organ of Clinton’s campaign – was so confident of her victory that it began to speculate about who her running mate might be.

These primaries were not like any other; New York is the financial, commercial, cultural, and intellectual capital of the US. What happens in New York (and a few other major cosmopolitan epicenters like Chicago and San Francisco) is, in many ways, the barometer of the nation at large.

Some 20 million people live in the state of New York, of which about 8.4 million live just in New York City. This population figure places New York City above many European democracies, such as Austria, Denmark, Finland, Norway, Sweden, and Switzerland.

Now, consider the fact that according to reports, “only 19.7 percent of eligible New Yorkers cast a ballot, the second-lowest voter turnout among primary states after Louisiana, according to elections expert Michael McDonald”.
This is not to mention the fact that even those who were registered Democrats and could not vote: “The Kings County Board of Elections purged 126,000 registered Democrats from the voting rolls in Brooklyn, prompting an outcry from Mayor Bill de Blasio and an audit from Comptroller Scott Stringer.”

Whatever the cause of this “purge” (fraud or mishap), this is not the main calamity of the electoral process in the US.

The issue is the fact that less than 20 percent of eligible voters in a statewide election get to choose who the next presidential candidates in the US national elections would be.

This low number is not any indication of an apathetic low voter turnout, but, in fact, is the evidence of massive voter suppression that, in the racist parlance of the white supremacists, is kept exclusive for what they call “Third World Banana Republics”.

Now, the question is very simple: What is the difference between the way the Democratic Party functions in New York and many other states and the Communist Party of North Korea, the bete noire of the liberation theologians singing Hallelujah for “American democracy”?

Since when can a political party (with an obvious political agenda to promote for its own endurance) violate the inalienable right of citizenship in a republic?

Some more equal than others

The principle reason for this voter suppression is what they call in the US “closed primaries”. What is a closed primary?

New York is among many other states that conduct what is called “closed primaries”; namely, they only allow voters who are registered members of a particular political party to vote in that party’s primary.

It is not, therefore, accidental that much to the chagrin of Sanders and his massive supporters among independents, “Clinton has won every state so far that’s held a closed primary”.

If, as a citizen, you followed the debates closely and came to the conclusion that Sanders is the candidate of your choice and not Clinton, you would not be allowed to vote for him unless months ago (long before you were familiar with Sanders or his ideas), you had applied to the Democratic Party and become a member.

It must be a rudimentary fact of any claim to democracy that if you are a citizen of a republic, you must be able to vote in any phase of any presidential (or any other) election simply by virtue of being a citizen.

But in this crucial phase of the US presidential primaries, these citizens are not allowed to vote unless and until they are card-carrying members of the political party conducting that primary.

“All animals are equal,” indeed, as we learned from George Orwell’s Animal Farm, “but some animals are more equal than others”.

As a result of this blatantly undemocratic practice, if you are an independent-minded person, follow the news and watch the debates before you decide which candidate you prefer and want to vote for in the Democratic primaries in New York, you might as well be a woman trying to drive in Saudi Arabia: You could not.

The Democratic Party, therefore, rules over this false claim to democracy.

In other words, the free and fair formation of political parties that is supposed to be the finest fruit of a democracy has paradoxically degenerated into the most powerful impediment to democracy.

The question is: What is the result of these undemocratic “closed primaries”?

These “closed primaries” are the bottlenecks of a closed political culture, preventing the possibility of any liberating breakthrough into a foreclosed political system.

At the heart of this imperial republic that effectively rules the world with its military might (not with any moral courage or political legitimacy), we have an electoral process that systematically bars any critical judgment of its own citizens to disrupt its mindless militarism. American citizens are as much trapped inside this corrupt system as people around the globe are at the mercy of its fighter jets and drone attacks.