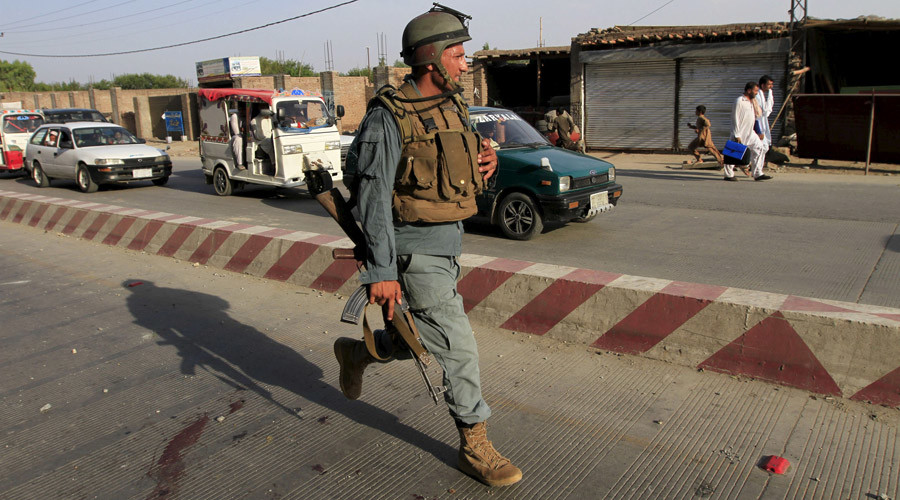 At least two people have been killed and two injured after a suicide bomber blew themselves up next to a number of foreign consulates in the eastern Afghan city of Jalalabad, authorities said. The diplomatic missions possibly affected include those of Iran, India and Pakistan.

The attacker attempted to join a line of people applying for visas to Pakistan, Reuters cited a spokesman for the regional governor as saying. When the man was prevented from entering the building, he detonated the explosive device, the official added.

According to police, officers are currently battling gunmen in a house close to the Pakistani consulate.

The area around the Pakistani consulate has been sealed off following the suicide attack, police told reporters, adding that there may be casualties from the blast.

Local residents and children from a nearby school have been evacuated, witnesses said.